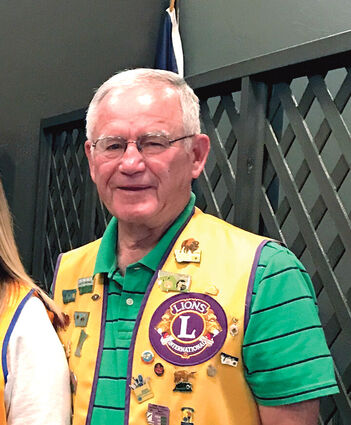 Through his "Montanan of the Month" initiative, each month Daines will highlight a Montanan by submitting a statement of recognition in the official Congressional Record, the document that reflects the official proceedings of Congress.

Daines welcomes anyone to nominate fellow Montanans for Daines' "Montanan of the Month" program by calling Daines' office at 202-224-2651 or by filling out the contact form on Daines' website:

The following is a statement submitted to the Congressional Record:

Mr. DAINES. Mr. President, today I have the distinct honor of recognizing Craig Price of Richland County as Montanan of the Month for his generosity and service to the Sidney community.

Craig embodies the values and spirit of a Montanan. Through his upbeat attitude, generosity and passion for volunteerism, Craig has become a pillar of the Sidney community. He has been an active member of the Sidney Lion's Club for 46 years, where he has helped with important initiatives, including Highway Clean Ups and the Meals on Wheels program.

Craig's enthusiasm for supporting Sidney's youth has made the difference in the lives of countless young Montanans. After working for 18 years as an educator and guidance counselor, Craig has dedicated countless hours to mentoring Sidney High School students involved in the school's Leo Club and instilling in them the same Montana values of generosity and service to their community. He also works with young students each year through the Lion's Club Plus Optics program, screening children for eyesight problems.

Craig's selflessness and passion for volunteerism has not gone unnoticed. He has rightfully received numerous awards for his service including the Lion's Club International President's Award and the Outstanding Achievement Award from the Sidney Leo Club. Craig also received the Citizen of the Year award in 2021.

I have no doubt that the Sidney community is eternally grateful for Craig's countless hours of service and his devotion to instilling Montana values in the next generation. It is my honor to recognize Craig for his commitment to serving his neighbors in the Sidney community and for making Montana a better place. Keep up the great work, Craig. You make Montana proud!