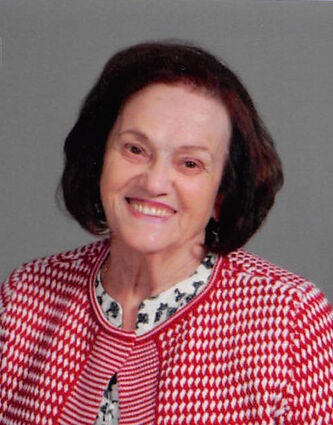 Mass of the Christian Burial for Therese Bidegaray, 91 of Sidney are at 10:00 A.M., Saturday, January 15, 2022, at St. Matthew's Catholic Church, Sidney, MT with Father Jim O'Neil as presider. Wake services will be on Friday, January 14, 2022, at 6:00 P.M., at the Fulkerson-Stevenson Memorial Chapel, Sidney, MT. Interment will be in the Richland Memorial Park Cemetery, Sidney, MT under the care of the Fulkerson-Stevenson Funeral Home of Sidney. In lieu of flowers memorials may be made to: Maryknoll, Emmaus House, St. Joseph's Indian School, St. Bonaventure Indian Mission and School, or your favorite charity. Visitation will be Friday, January 14, 2022, from 10 AM to 5 PM at the funeral home and one hour before mass at the church. Remembrances, condolences and pictures may be shared with the family at http://www.fulkersons.com.

Thérèse Dominica Françoise Bidegaray was born to Jean and Catherine (Partarrieu) Ithurbide on October 16, 1930, in Ahaxe, France, in the Pyrenees Mountains along the border of France and Spain (Euskadi-The Basque Country), as the second of seven children. She was fortunate to be selected to get a Catholic School education, ultimately earning her teaching degree. She taught for seven years, first in Ossès, and then in Hasparren. On February 15, 1958, at the age of 27, she married Bert Bidegaray who had returned to France for a few-month visit after living and working in eastern Montana for the previous seven years. Soon after the wedding, the new couple arrived in eastern Montana where Thérèse (Mom) experienced her first brutal winter. Living 42 miles from Sidney, not knowing the language, did not impede her from making the best of it. Mom learned English by listening to the radio and voraciously reading the books she anticipated receiving from the various Book-of-the Month clubs to which she subscribed.

In her first year in Montana, Mom survived the loss of her first child, the loss of Dad's uncle John Sallaberry on whose place she and Dad were living, and the loss of her father in France. Mom, who had not spent much time cooking in France, mastered it and spent the next 36 years preparing countless meals for her family, hired help, and drop-ins on the farm and 20 more years doing the same in town. In addition to the many meals she cooked, Mom made bread and soup almost daily. In the summers, she raised a large garden and beautified the yard with flowers in each flower bed, not an easy feat in the often-dry, almost-always windy eastern Montana climate. Throughout the year, Mom sewed and knitted. She was very creative as she often used her sewing and knitting skills to make things without a pattern. One year, she knitted each of her daughters a coat for Easter. Mom was always put together, poised, and classy. She had fingernails that could rival those of any fingernail model, always manicured and painted. Marlin, from The Lodge, came to the house and did Mom's make-up and nails the afternoon before she died, and Mom lit up!

Mom was only 53 when Dad died. She continued to live on the farm for another 10 years, five and one-half of them as an empty nester. Before he died, Dad had built an in-door swimming pool at the farmhouse. Mom used that space for many community gatherings and for her and many neighbors to learn to swim, all of which gave her great joy. Mom loved to play cards, especially Pinochle, and looked forward to card parties. She loved her friends and neighbors in the Elmdale, Mona, and Charlie Creek communities.

In 1994, Mom moved into Sidney, where she made new friends with her neighbors and others. Mom took up painting with oils and watercolor and was so prolific with her art that almost every child and grandchild has some of her original work. Mom enjoyed cheering for her children and grandchildren as they participated in sports and other extra-curricular activities. She also enjoyed watching college and professional sports. Mom especially enjoyed the NBA, mostly watching Michael Jordan, Kobe Bryant, and Steph Curry. She had a Steph Curry jersey and lived to see him break the three-point shot record!

Mom was a life-long Catholic, formed by the values and morals of her family and her Catholic education, which was instrumental in the way she reared her children, all of whom carry on those values and morals. Mom said more than one rosary each day, even to the last days of her life. In all situations, Mom advocated for the underdog, wanting to make the world a better place for all. Consistent with that philosophy, she purchased a stained-glass window for St. Matthew's Catholic Church, depicting the Rich Man and Lazarus. Mom had a razor-sharp intellect, believed in education, and encouraged it in every way. She kept apprised of world news, reading the paper daily. Mom looked forward to completing the daily newspaper crossword puzzle. She wanted to keep her mind sharp. Despite her age, Mom used the internet and social media like a pro. Mom's iPad was a window to the world. When Mom first came to Montana, she had to wait months for communications from her family; in the last years of her life, Mom marveled that she was able to communicate by Skype daily with her siblings in France. Having survived occupied France during World War II, Mom had strong political views that she was not afraid to share.

Thank you to The Lodge staff where Mom resided the last six years.