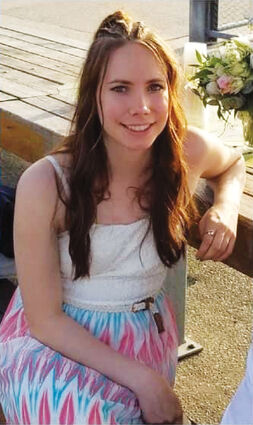 A full month after her last sighting, a benefit for "Bring Katelynn Berry Home" is scheduled in Williston. It will be held at a business that has been a part of the city since the late '30s.

The "Bring Katelynn Berry Home Benefit" will be held Friday, Jan. 21 from 6 p.m. until midnight, and hosted by Buster's Bar, a Williston business since 1938, 22 Main Street. It starts with a free-will donation baked potato bar. There will also be music by Ted and Kerry and a silent auction. Heidi Eide, a friend of the Berry family for ten years, wanted to hold the benefit to assist the family with expenses like those acquired because of flyers and advertising in newspapers across the United States. She also wants to pay for a professional search party to come in, the hotel rooms, gas, and food needed for them. If enough is raised she would also like to increase the reward offered for information leading to Katelynn's safe return. Heidi said "100% of the proceeds will be used to Bring Katelynn Berry Home." Katelynn Berry, a local of Sidney was last seen on Dec. 21, 2021. She was reported missing a few days later. On Facebook, Katelynn's aunt, Carla, and her friend, Kelley, started a blog on Jan. 4, called "Bring Katelynn Berry Home." The page is full of flyers, posts, and other information aimed at finding Katelynn Berry. There is a $25,000 reward currently out for information leading to Katelynn Berry's safe return by Feb. 1, 2022. While both Katelynn and her father, Hank, are residents of Sidney and Katelynn's mother, Carmell, is from Grand Forks, Hank is a well-known racer in the Williston area. Katelynn's aunt, Carla, also lives there.

Heidi can be reached for more information about the benefit by text at 701-770-4318 or by email at [email protected] Any information about Katelynn Berry's whereabouts should be given to the Richland County Sheriff's Office, 406-433-2919, Sidney Police Department, 406-433-2210, or Crime Stoppers, http://www.richlandes.com submit tip.