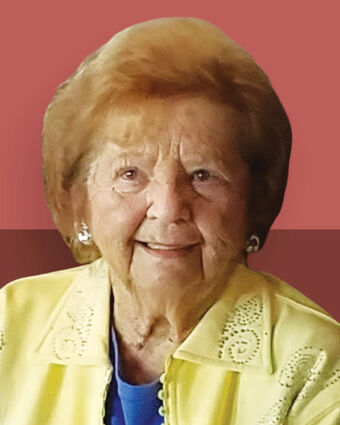 A Celebration of Dorothy's life for family, friends, and neighbors, will be held at 11 a.m., June 18, 2022. Remembrances, condolences and pictures may be shared with the family at http://www.fulkersons.com.

Dorothy Ellen Wambach, daughter of Inez (Tunison) and Joseph Walter was born May 21, 1927 in Scobey, MT. Always filled with a zest for life, Dorothy filled her days growing up in Wolf Point, MT with a slew of activities including tap dance lessons, roller skating and herding her two younger brothers, James and Kenneth. After graduating from Wolf Point High School in 1945, Dorothy worked in the City of Wolf Point business office.

In 1946, Marvin Wambach, a Sergeant in U.S. Army Infantry Division serving in the Philippines returned home to Poplar, MT and soon began courting Dorothy. They married Nov. 29, 1946 in Culbertson, MT and began what would add up to a 66 year partnership. Dorothy and Marvin ranched and farmed in the Poplar area and owned the Standard Oil Station and the Gambles Store, which Dorothy managed. Dorothy was a member of the Royal Neighbors of America, bridge club, the Presbyterian Church and she and Marvin were actively involved with the Poplar Legion Club where they spent many Saturday nights putting Dorothy's dance lessons to good use as Marvin steered her around the dance floor. They raised four children, Susan Gustafson (Gale), Adele Barnes (Ron), Kirk Wambach (Melody) and Kristi Wittmaier (Sam).

In 1967 Dorothy and Marvin began ranching in the Cartwright, ND area, 25 miles east of Sidney, MT. Dorothy acquainted herself with her new neighbors, a few rattlesnakes and joined a Cartwright Extension Club. Weekend boating excursions were favorites and Dorothy was once spotted with a fishing rod in her hands. She and Marvin transferred their social activities to the Sidney Sales Ring and Triangle Night Club where they enjoyed the good company of neighbors and friends over the years. Dorothy's life centered around her husband, children and grandchildren. The ice cream buckets of homemade cookies were staples and every celebration was recognized by handwritten cards and carefully chosen and hand wrapped gifts. She was the consummate hostess and no one ever entered Dorothy's kitchen without being welcomed by the warm aroma of coffee. She and Marvin were longtime members of Peoples Congregational Church, Sidney, MT.

After Marvin passed away in July 2012, Dorothy remained on the family ranch until moving to The Lodge at Lone Tree, Sidney, MT in August 2019. On Jan. 6, 2022 Dorothy passed away peacefully in Lewiston, ID.

Whenever asked about her favorite hobbies the answer was always the same, dancing. Dorothy never lost her enthusiasm for toe tapping and even participated in a four-generation dance video just a short two months ago.