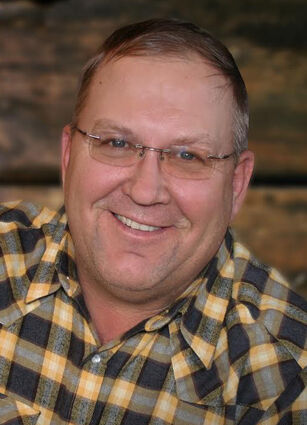 Milo John Wisness of rural Keene passed away at the McKenzie County Hospital on Friday, January 14 after a brief but valiant battle with cancer.

He was a lifelong rancher and farmer who loved all aspects of that life. He was proud to be part of the farm and ranch his grandfather had homesteaded in rural Keene and that now passes onto the fourth generation. Milo loved his Norwegian heritage loved receiving the honor when the Wisness Farm was inducted into the Scandinavian-American Hall of Fame in 2019.

Milo was born on his parents' farm on March 13, 1952. He was the youngest of four children born to Lester and Gladys (Felland) Wisness. He joined the family of two older brothers, Paul and Gary, and older sister Jane. Milo attended elementary school at Keene Elementary and later graduated from Watford City High School in 1970. In high school he excelled in wrestling and football. He also played the tuba in the high school band. After high school he attended the North Dakota State University and the School of Forestry in Bottineau, ND, earning his associate degree in Agriculture. He returned and began farming and ranching with his dad and brother Paul.

Milo married Julie Stenehjem on November 29, 1975 at the Wilmington Lutheran Church in Arnegard, ND. Milo and Julie raised three sons: Beau, Levi and Chase on the ranch. Milo loved watching the boys in all their activities: youth rodeo, 4-H, FFA, high school wrestling, football and rodeo. He supported them in all their efforts through college rodeo, and Levi's career as a professional steer wrestler. Later he was a proud grandpa watching Amelia, Clara, Charlie, and Hazel participate in youth rodeo, 4-H goat showmanship, flag football, softball, basketball and volleyball. He was looking forward to watching Carsee ride her new pony in youth rodeos and welcoming the newest grandchild due in May.

Milo was an active member of his community. He served many years as a pasture director in the McKenzie County Grazing Association and more recently a member of the Association's board of directors. He also served for several decades on the McKenzie County Fair Board and on the board of directors for the United Quality Cooperative. He especially enjoyed being a part of the Long X Wagon Train and driving his team of horses at various events.

Milo was a man of great faith and a faithful member of First Lutheran Church of Keene, where he was baptized and confirmed. He had been the sexton of the church for most of his adult life.

Milo is survived by his wife of 46 years, Julie. Two sons and their families: Beau and Heather, Amelia, Clara, Charlie, and Hazel; and Chase and Morgan, and Carsee. He is also survived by his brothers Gary Wisness, and Paul (Sandi) Wisness and his sister Jane (Dwight) Mangel, as well as many nieces and nephews who were very dear to him.

Services were held at the First Lutheran Church in Watford City, ND on Thursday, January 20th with burial at the Good Hope Cemetery in rural Keene. Fulkerson Stevenson Funeral Home of Watford City is assisting the family. Condolences may be left on our funeral home website at http://www.fulkersons.com.

The family wishes memorials be given to the Chapel Fund at the Good Shepherd Home in Watford City, ND. Memorials can be sent to the Benefit Fund of McKenzie County Healthcare System, PO Box 1461, Watford City, ND 58854 with the memo of Chapel Fund in memory of Milo Wisness.