Past Drought Conditions To Be Discussed At Wheat Show 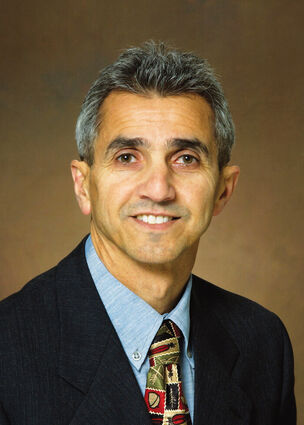 Starting at 9:15 a.m. CT, Dr. F. Adnan Akyüz, will discuss the 2020-2021-drought intensity and impact on North Dakota's agricultural community. A historical pespective of the drought will also be discussed along with the outlook into the next growing season at Hard Spring Wheat Show, Williston, ND

Akyuz is the North Dakota State Climatologist and professor of climatological practice.

Since August 2020, he has been researching drought conditions and is finding new drought indices to adequately demonstrate drought intensity and coverage that properly addresses the concern in the Northern Plains.

He says the outlook for this growing season is promising and looking much better than during the winter of 2020-2021.

"A cooler and more snowy winter can change the whole attitude of the drought progress into the next growing season. However, soil moisture in the root zone and groundwater deficits are still concerns. If the snow stops falling, we could easily fall back into the drought very quickly, especially in areas that lack significant precipitation, such as western North Dakota."

This past year's drought has been "very tough" on producers. It has been devastating across the board, with not enough moisture to sustain crops to create a desirable crop yield.

Several crops were turned into forage for livestock because there was not enough of the crop to make a desirable yield. Seed heads only filled part way before curing off and most small grain crops – aside from corn- had very low yields.

"Let's be optimistic about the coming growing season. Even in 1936 and 1988, droughts ended up having cooler and near average precipitation. It seems like we are following along these drought years, North Dakota recovered from two of the most devastating droughts on record."