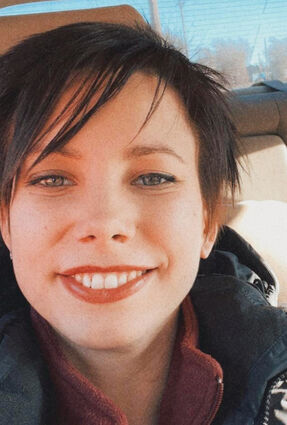 Memorial services for Katelynn J. Berry, 26, Sidney, MT are at 2 p.m., Friday, Jan. 28, 2022, at Zion Lutheran Church, Fairview with Pastor Tim O'Shields officiating. Fulkerson-Stevenson Funeral Home, Sidney, is caring for the family. Remembrances, condolences and pictures may be shared with the family at http://www.fulkersons.com.

Katelynn Jane Berry was born on Feb. 1, 1995 to Hank and Carmell. From a young age Katelynn always knew what she wanted. Her daycare nicknamed her "The Little Commander" a name that stuck with her and her father often called her when she was passionate about a topic. Katelynn attended school in both East Grand Forks and Sidney throughout her school career. Unlike most kids she loved Middle School; quickly making friends and earning Student of the Month and praise for her likeableness. After high school she went to college at Northland Technical College, East Grand Forks where she excelled in academics and was part of Phi Theta Kappa Honor Society. Looking back at the work she put in and how she tied so many of her assignments back to her family is a gift we will cherish forever.

Katelynn loved to talk about anything and everything; whether it was long phone conversations, late nights in the hot tub or just watching TV. Her family would sometimes joke that she should go into politics or become a lobbyist because she could make an argument for anything and keep at it until she convinced you she was right.

She was fiercely loyal especially when it came to her siblings; even if she was mad at them herself she would never let anyone say a bad thing about them. Katelynn looked up to and greatly admired her older siblings and loved being the "Best Big Sister" to her three younger siblings. Katelynn was overjoyed to be an Aunt and loved when she got to spend time with her nephews. She could run with them all day and not get bored; she loved fun and loved knowing they wanted to be with her. Katelynn was very close to her cousins and would often refer to the fun they had together.

She loved doing things with members of the family and found fun in things most people wouldn't, like being lost in New York where she loved spending time with her sister Kristen or lining up a block down the street for a midnight movie showing of one the books she read. She loved reading and sharing books with her family so they could talk about them endlessly as they waited for the next book in the series to come out. She loved going racing with her dad and was loved by so many in the racing community. She shared her dad's love of loud music and became his designated concert buddy and remarked she was glad no one liked it because it gave them a lot of one-on-one time and some wonderful memories. Katelynn went on a lot of family trips with both sides of her family. No matter the destination, it was the togetherness that she talked about afterwards.

Katelynn didn't do anything halfway. When she started attending, Freedom Church, Grand Forks, she became very active, not just going to Sunday services but also weekday groups and hosting tables at fundraisers to support a cause she believed in. When she decided she wanted to learn to weld, she enlisted her brother, David, to teach her how it is done.

Katelynn was brave, strong, tough minded and passionate. These traits helped her as she navigated through the unfair hand that life dealt her once she hit her late teens. Anyone else would have crumbled from the weight of her illness long before it started wearing Katelynn down. Katelynn worked harder than anyone could imagine just to live a life we all take for granted. Over the last year as life grew even harder for her, she said that she just wanted peace. We pray that she has that now and is no longer in pain.

She is preceded in death by Grandparents Montie Berry, Dennis Overstreet, John Palmer and Edward Mattison.