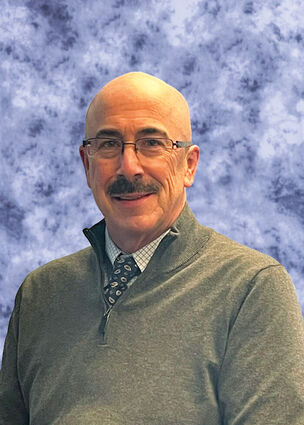 Changes in the Salida community due to the pandemic prompted Edis to look elsewhere for opportunities. "I felt like I had accomplished a lot at Heart of the Rockies Medical Center and had reached a level in my career where I didn't really have more movement," he said. "The community was not the same community I moved into seven and a half years ago. It's a great community. I had a great job. I worked with some great providers and staff. The board couldn't have been more supportive. Everything was good, so I decided to give it all up and move here."

Edis was convinced the move was for him after meeting with the MHCS board. "I came out and interviewed and the board, everyone was welcoming. The opportunity seemed to align with my skills and experience. So here I am," he stated.

Shortly after arriving at MCHS at the beginning of the year Edis got his feet wet, literally. "That first week we had three broken pipes here. Including a flood in the kitchen," he said. Edis personally helped the staff with the clean up. "It gave me an opportunity to go in to meet the staff and bond with them. I helped push some of the water into the drains. Crises either drive people apart or they bring people together."

Since his arrival, Edis has been meeting with board members, providers and staff to get a good feel for the vision for the future of MCHS. He is examining the strengths and looking for places to improve. "There is a need to put some systems in place to develop a strategic plan," he said.

"I'm really happy to be here. I think we've got a great team. This organization has a lot of potential," stated Edis.

In recent months MCHS has added new providers in pediatrics and urology. They are currently in the process of constructing an obstetrics service line. "We've got some great providers between our family practice providers, our urologist, general surgery and of course our fantastic orthopedics."