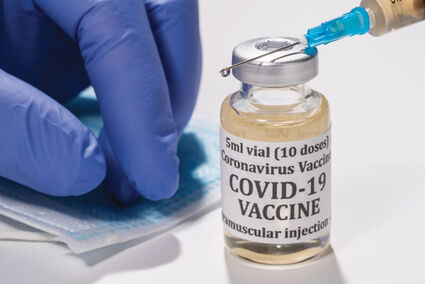 March 18 - A federal judge in Missoula blocked a portion of Montana's vaccination non-discrimination law March 18, stating in a court order that the law's prohibition on workplace vaccination requirements for COVID-19 was likely to cause "irreparable harm" to private physicians' offices and certain health care facilities in the state.

The case, as laid out before U.S. District Court Judge Donald Molloy earlier this month, revolves around what the plaintiffs characterize as a conflict between state and federal regulations. House Bill 702, which the Legislature passed on largely party lines last year, bars Montana employers including hospitals, nursing homes and long-term care facilities from mandating that employees be vaccinated. But an interim federal rule implemented last year requires all Medicare- and Medicaid-funded facilities to provide proof that 100% of their staff is immunized against COVID-19, unless they've obtained a religious or medical exemption.

As a result, the plaintiffs, which include the Montana Medical Association, Montana Nurses Association and several private physicians, argue that compliance with HB 702 would jeopardize federal funding critical to in-state health care operations. The state, represented by Attorney General Austin Knudsen's office, has countered that facilities are unlikely to face any injury for violating HB 702 and could, in fact, use the federal rule to justify such violations. But the plaintiffs have responded that doing so would expose them to potential litigation and complaints to the Montana Human Rights Bureau.

Molloy spoke directly to the potential consequences of the conflict in Friday's order.

"Plaintiffs here face more than mere monetary penalties," he wrote. "The failure to comply with the [federal] Interim Final Rule could result in a range of penalties, including termination of participation in Medicaid and Medicare."

Molloy's injunction was narrowly tailored, blocking enforcement of HB 702 for health care facilities, clinics and private practitioners "as it relates to COVID-19 vaccination," and only for the duration of the federal government's interim rule. Molloy also directed both parties to notify the court within 10 days of any changes to or termination of the rule, which itself has faced multiple legal challenges in recent months. District courts in Louisiana and Missouri actually blocked the rule, and both injunctions were upheld by appellate courts before the U.S. Supreme Court struck them down in January, requiring Montana and the other challenging states to begin complying by February.

The fact that Montana, as a party to one of those challenges, is subject to a specific deadline schedule for compliance with the rule did not escape Molloy's attention.

"That callout increases the likelihood that penalties will be enforced," he wrote.

In his order, Molloy also commented on the broader arguments underpinning the federal rule and HB 702. The federal government's stated reason for its health care worker vaccination mandate was to protect patient health and safety during an ongoing pandemic - in other words, he noted, "public health." In contrast, Molloy continued, the defendants in the case have characterized HB 702 as promoting an individual's right to privacy, "placing the individual's interest on a pedestal of importance exceeding public health and safety in a pandemic."

"While these two purposes are not inherently irreconcilable," Molloy wrote, "the current codification of the state's attempt to elevate individual privacy rights above all other rights is likely to be superseded by the clear purpose evinced in the Interim Final Rule."

The case is still ongoing. In response to the Friday injunction, Emilee Cantrell, a spokesperson for Knudsen's office, emailed the following statement:

"The order does little to change [the] status quo and is drastically narrowed from what the plaintiffs were seeking. It is only in place so long as the Biden administration's Interim Final Rule stands, which Attorney General Knudsen is continuing to challenge in federal court and the order seems to tacitly admit is on shaky legal ground."

"This ruling will ensure that nurses and healthcare providers in Montana are able to provide the best quality care to Montanans and ensure a safe workplace for nurses across the state," Byrd said. "The Court's ruling puts healthcare decisions back in the hands of providers and patients, not the Montana Legislature."

The Montana Medical Association, a key plaintiff in the lawsuit, released a statement as well late Friday characterizing the court's decision as welcome relief for health care facilities, physicians and patients "caught in the middle of a conflict between our governments, state and federal."

"This court decision ensures Montana health care providers and facilities can comply with the federal rule requiring COVID-19 vaccinations for workers in most health care settings and not face the potential loss of significant Medicare funding without conflicting with state law," the statement read. "As physicians, we will protect what is in the best interests of our patients and look forward to the next steps of this lawsuit."