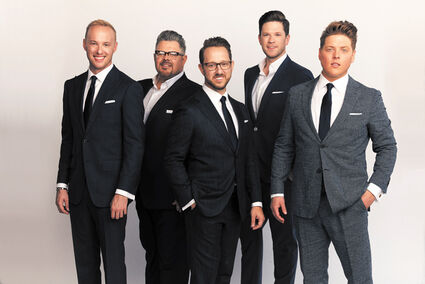 All this has been prelude to their upcoming album, "A Time Together". Featuring 11 timeless chart-toppers which not only resonate with the artists themselves, but also take listeners on a journey through time, to places they may remember or have forgotten, or never visited before.

Veritas produces a wall of sound using marvelous voices and backing tracks along with a cappella renditions of songs including Stardust, I Got Rhythm, Bridge Over Troubled Water, American Anthology and more

Veritas is the 5th of 6 concerts that are part of the Watford City Area Concert Association 2021-22 Season. A $50 individual membership to the Concert Association grants you access to all six concerts. The last concert of the season, An Elton John Tribute Concert, is scheduled for April 23, at the Rough Rider Center. Individual concert tickets to Veritas are $30 for adults, $10 for students and 5 and under are free. Memberships and tickets are available at longxarts.com and will also be available at the door of the Veritas Concert.

Contact the Long X Arts Foundation for questions at longxarts.com, [email protected] or 701-770-8659