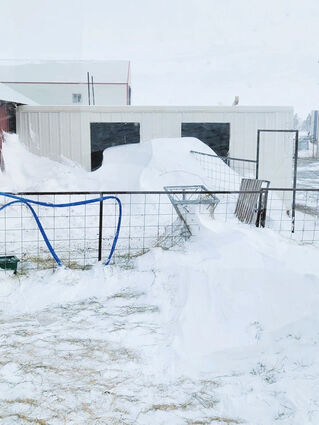 Area emergency service personnel have been busy clearing roads after a massive winter storm swept through the MonDak area this past week, causing the North Dakota DOT to close more than 7,000 lane miles of roadways.

The National Weather Service reported more than 20 inches of snow in western North Dakota, with the highest totals at 30 inches on Thursday, April 14, around Minot.

McKenzie County remained under a no-travel-advisory throughout April 13 and 14; emergency management encouraged everyone to shelter in place and remain indoors.

The Fairview and Sidney Police Department reported driving conditions as severe and urged the public to stay home and avoid travel.

Adding to the large amount of snow, winds reached more than 60 mph in certain areas. The combination of snow and wind caused drifts that kept people in their homes and made things difficult on ranches.

The extreme weather and large snow drifts can bury livestock, cause newborn animals to freeze to death, and extreme temperature fluctuations can create respiratory issues in cattle. 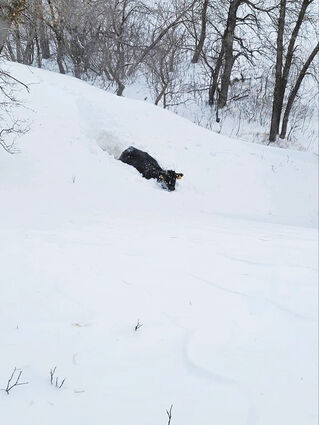 Thanks to advanced warmings, many ranchers were able to get their livestock into enclosed areas, protecting them from snow drifts.

Although it can have devastating effects on livestock, ranchers across the area are thankful for the precipitation.

After the past two years of drought, the MonDak region will take as much precipitation as it can get.

Temperatures are increasing, causing the snow melt, which will help the soil to retain moisture.

According to the National Weather Service, additional snowfall is expected throughout the week, which will continue to add additional moisture to the MonDak region.