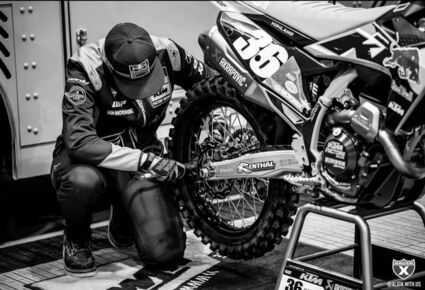 Working amongst supercross champions is a dream for many, but for 24-year-old Austin Watterson, it is his everyday job - traveling around the country as a Red Bull KTM race team technician for rider Maximus Vohland.

Fresh out of high school, Watterson was originally thinking about going to a four-year college but decided against it and started working at Sidney's Gem City Motors dealership.

Soon he realized that he wanted a change and looked into tech school.

Growing up Watterson had been to several supercross races and always thought that about being a supercross mechanic.

"Years ago, I was at a race with my parents, and I remember vividly pointing at Red Bull KTM and saying I want to work for that team one day."

In 2016, he looked into different programs and schools and found Pro SX MX Tech in Morgantown, WV. He completed the program there and started working for a motocross racer, Tanner Basso.

"I had a short stint with him because I was very home sick and not used to being in an upbeat environment with motocross and honestly, I gave up way too easily the first time."

Watterson ended up going back to Montana and worked at the local car dealership for a while and realized he made a huge mistake.

"I was disappointed in myself for being so driven early on and going to school and having this passion to just give it up because I didn't think I could do it."

So, he flew back down to California and started over again with a new motocross rider at the end of 2017 and moved onto another rider in 2018, named Jack Fowler, who was racing with the BarX Suzuki team.

At the end of 2018, Watterson took an opportunity to work as a practice mechanic for Jo Shimoda, who at the time was an amateur rider for Geico Honda.

At the end of 2019, Watterson went back to BarX Suzuki to work for Preston Kilroy.

"My second time at BarX was a little different because I was pretty much helping any rider that needed my help, so it was split time from Kilroy, Drake, and a little bit with Schwartz. I ended up helping Sean Cantrell on the east coast during the 2020 series. This is about the time where I started my KTM job."

In Dec. 2020, he had an interview with KTM and received a voicemail in March 2021 regarding a job position.

This past year, he worked with Maximus Vohland and did a complete outdoor series, working 11 out of 12 races in several states across the United States.

"This past summer was a huge learning experience for me, learning the bike, learning the team. I got an off season with the team we are in supercross right now and we have three races left," he said.

"I am coming up on my first year of working with the team; it is pretty wild."

Watterson's favorite thing about being a race team technician is working with riders he admired as a kid.

"I saw these guys from the stands and now I am working among champions; it is a starstruck moment."

He also enjoys the opportunity to travel across the country.

"It is really cool to see new cities, new sites, and try new foods. Everything about the job is pretty sweet and just being associated with Red Bull."

In the future, Watterson hopes to win a championship and work with a 450 rider. 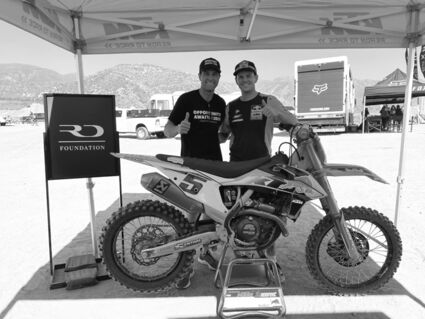 "Winning a championship is every mechanics dream. I would also love to travel overseas and work for a rider on a Motocross des Nations team."

Watterson continues to work hard every day. He dedicates his success to all of his drive and determination.

"To succeed you really need to dig deep and fight through tough moments. There are times in this sport where the lows are lows and it doesn't feel like it will ever get better, but when the highs are high it is amazing."

He also says the support of his friends and family has helped him stay focused.

"My family has had my back since the beginning. My parents have always believed in me, and my little brother is my biggest inspiration," said Watterson.

"My fiancé has been nothing but great, she puts up with all the travel and she is always supportive and helps me keep my head on straight when times get tough."