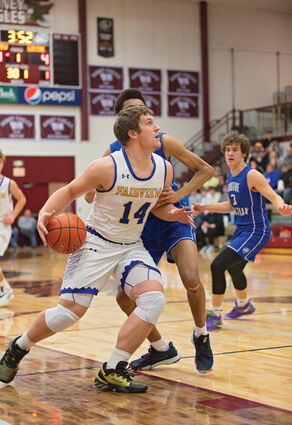 After almost 24 years of being Class C, Fairview is moving up to Class B.

According to the MHSA press release, eight schools are expected to move up a classification. Bigfork will change from Class B to Class A, and Fairview, Chinook, Lone Peak, Darby, Ennis, Park City and Superior will move from Class C to Class B, and Forsyth will drop down from Class B to Class C. For football, all of these schools will remain in the 8-Man ranks.

Taking effect in the 2023-2024 school year, Fairview will play in District 2B for basketball, volleyball and track and field, Class B Division 1 for golf, and will remain in the Eastern division for 8-man football.

For Fairview, the change in classification means traveling longer distances for competitions.

“Ultimately the biggest difference will be who we play and there will be significantly more traveling. We will travel as far as Malta for our conferences, whereas before our furthest trip was 80 miles, and now our furthest trip will be 220 miles,” said Fairview Superintendent of Schools Luke Kloker.

Although there will be many more miles to cover, Fairview’s sports program is looking forward to the new competition.

“We have had good relationships with all of the schools around us and will miss our competitors, but we are excited to work with other schools that we have not worked with before,” explained Kloker.

Fairview school’s enrollment has stayed around the 120 mark for several years, the school first switched to Class C in 1998.

“We were right on the verge of switching over to Class B for a while, so we knew it was definitely a possibility.”

Several of Fairview’s Class C competitors had a considerably smaller enrollment than them and now they will be competing against schools with much larger enrollment.

“We will be playing against bigger schools with bigger teams, which could mean more difficult competition.”