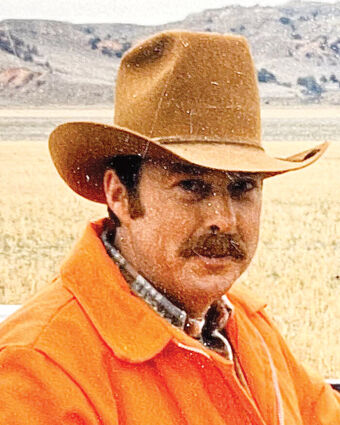 Funeral Services for James Moore, 76, Savage, MT were held at 2 p.m., Friday, May 20, 2022, at Faith Fellowship Baptist Church, Bainville, MT with Pastor Bryce Romo officiating, under the care of the Fulkerson-Stevenson Funeral Home, Sidney, MT. In lieu of flowers memorials may be made to The Wounded Warrior Program, FCC-Cancer Center or a charity of one's choice. Remembrances, condolences and pictures may be shared with the family at http://www.fulkersons.com.

James "Jim" Noel Moore, 76, passed away peacefully in the comfort of his house on Sunday, May 15, 2022, surrounded by his family following a short but courageous battle with cancer.

Jim was born on Nov. 16, 1945 to Noel and Helen (Scott) Moore, Vancouver, WA. Jim was the baby of the family, joining brothers, Joe and Harry and sister, Jackie.

After high school Jim enlisted in the Army in Jan. 1965 and was promoted to sergeant in Vietnam in Dec. 1966. After being honorably discharged in 1967 he moved back to Bainville, MT.

On May 6, 1966 Jim married the love of his life and longtime best friend, Barbara Coulston. To this union two sons were born, Jeff and Jason. After moving many times they finally settled in Sidney, MT.

Jim was a "jack of all trades" and worked many different jobs from diesel mechanic to truck driver. In 1998, Jim and Jeff started a trucking company, J. Moore Enterprises. After Jim retired he drove truck for many area farmers.

Jim was a very giving person and always took care of everyone else before himself. He was very devoted to giving to many different charities, especially St. Jude's Children's Hospital and the Humane Society.

For most of Jim's life he always had a dog or two, usually a Springer Spaniel, as those were his favorite. No matter where he went Jim always took his dogs with him. At the time of his passing he had Murphy, who is missing him very much.

Jim loved the outdoors; he especially loved hunting and fishing. When Jim lived in western Montana he looked forward to the annual hunting trips when his sons, grandsons and family friends would come out. They may have never got an elk but they sure made a lot of memories.

Sturgis rallies were one of Jim's most favorite getaways. It was a place he could do or say anything and get away with it. Let's just say he truly took advantage of the saying "What happens in Sturgis, stays in Sturgis." For anyone that ever had the privilege of going with him then you know what that means.

Jim will be remembered for his caring ways, his witty sense of humor and his "Hold on now, let's just wait a minute" way of life.