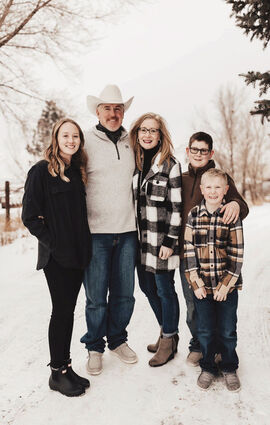 Elected to the Board of Commissioners in 2018, he has several years of experience under his belt.

"I enjoy serving the people and I am dedicated to making McKenzie County a great place to live," said Lawlar.

He is also heavily involved in the community, serving as a firefighter for over 16 years and serving on the 4-H livestock committee board, actively lending a hand to the McKenzie County 4-H program.

"Being a volunteer is a way of giving back for what the community has done for me during my high school days; it is a way to return the favor, '' He said, "It is important to volunteer as much as you can."

As someone who is running to serve, Lawlar enjoys hearing what the people of McKenzie County have to say.

"I like politics and visiting with people and listening to their perspective on what goes on in the county, hearing things that as a normal citizen you don't ever hear."

McKenzie County's Primary Election is set for June 14. In addition to Lawlar, Kathy Skarda, Tommy Glover, Thomas McCabe and Dustin Newman are running for a seat on the McKenzie County Board of Commissioners.

Voters will be deciding on which four of the five candidates running for two open seats on the board will be advancing to the November General Election. The top four candidates in the June 14 Primary Election will be on ballot for the Nov. 8 General Election.