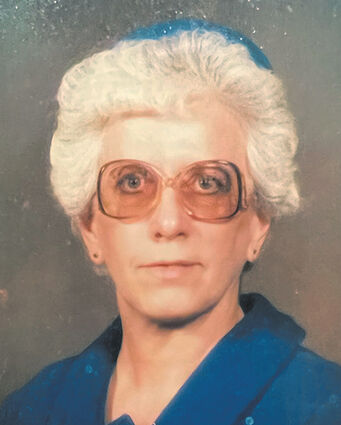 Services for Louise Troudt, 69, Sidney, MT were held at 2 p.m., Thursday, June 9, 2022 at Fulkerson-Stevenson Memorial Chapel, Sidney, MT. Remembrances, condolences and pictures may be shared with the family at http://www.fulkersons.com.

Louise Mary was born on Sept. 17, 1938, in Stratton, CO, to Raymond "Alex" and Bertha (Bryne) Pautler. She grew up and started school in Stratton, Co. The family moved to Arvada, CO, where she attended Golden High School and graduated in 1956. After graduation Louise worked for several business in Denver, CO, including an insurance company. Louise was united in marriage to Lawrence "Larry" Troudt on June 11, 1960, in Denver, CO. Following the marriage; they remained in Denver until June of 1966, when the family moved to Sidney, MT. When in Sidney, she worked for several businesses, Jerry's Market, Burger Palace, A & W, the Stockyard Café, and Eagle Café. Louise then started working in the meat department at IGA and retired in the early 2000s.

Louise was a very active member of the V.F.W. Auxiliary and was Auxiliary president for over 12 years. In the early years she enjoyed reading Harlequin Romances and taking care of the grandkids. In her later years Louise enjoyed spending time with her family and loved seeing pictures of her great grandkids.

She is preceded in death by her parents; son-Loren; sisters-Alice Swanson, Rita Lombardo, and Jane Berger.