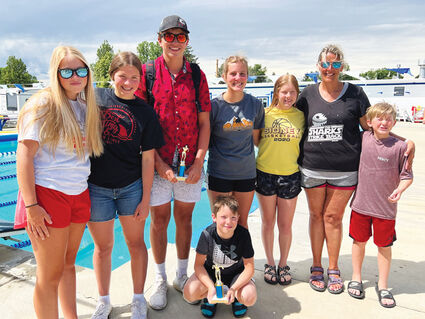 A small handful of Tiger Sharks made it to the Malta swim meet July 9-10, we had a total of 9 1/3 since Madycen Sanders could only swim 1 event before leaving for other commitments. We were a small but mighty group bringing home two top point trophies. Crew Falcon won top points for 8 and under boys and Corben Holler took home top point trophy for 15-19 boys. Despite being a small group, they put up some great times and proved to be quite competitive in their races. This next weekend should be a large meet for us in Glasgow.