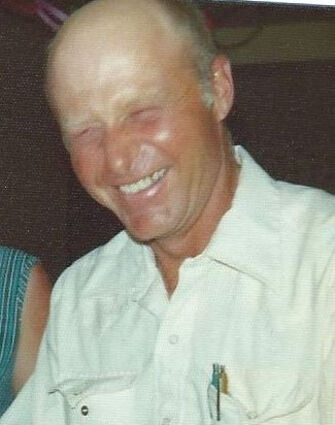 Martin (Bud) Andrew Lake passed away early in the morning of November 21st, 2021. Martin was born in Coffey County, Kansas to Martin and Myrtle Lake on February 7th, 1937. He was the fourth child of six and the oldest boy. The Lake Family moved to Montana and settled in the Lambert area.

Martin grew up on the family farm and went to Lambert schools. He graduated valedictorian of his class in 1955. He enjoyed playing basketball and often reminded everyone that his name was on the first trophy in the Lambert trophy case. He went to Concordia College for one year in pre-med before deciding to join the Air Force. He became a radio repair specialist and told many stories of his time when he was stationed in Benghazi, Libya. Upon getting out of the military he became a government contractor and lived in Sacramento California. There he met a physical education teacher named Marilyn DeBoer. Bud's Uncle John Monger decided to retire and offered Bud his farm near Lambert, Montana. Bud asked Marilyn to accompany him to Montana. As they started their journey, they stopped for the night in Reno, Nevada and decided to get married. Unbeknownst to the young couple, NBC News was filming a special on weddings. Marilyn and Martin's wedding on July 21, 1962 would be televised nationally.

Bud and Marilyn settled into farming and raising a family near Lambert. Fredric, Steven, Ira and then later, Jeremy grew up playing basketball to avoid doing dishes after supper. Bud farmed and drove school bus. In 1972, Bud and Marilyn took over the management of Lake's Café in nearby Sidney, changing the name to M&M Café. They opened their home and welcomed two Spanish exchange students into the family; Inaki Idoate and Eduardo Serrat. Bud enjoyed watching all his sons playing basketball and football. Bud and Marilyn operated both the farm and restaurant until they decided to sell the farm in 1992. Bud became a great cook and was very picky about his gravy. They continued to operate the restaurant until they sold the site and retired in 2012.

He enjoyed hunting with family and friends. He served on the Farmer's Union Board in Lambert and the Sidney Hospital Board.

Martin A. Lake was preceded in death by his parents, Martin and Myrtle Lake; his brother, George and his sisters; Charlotte Larson and Myrtle Marie Mullen and his loving wife of 58 years, Marilyn K. Lake who passed away ten months earlier.

A Celebration of Life for Martin "Bud" and his wife Marilyn will be held on Saturday, August 13, 2022 at 2:00pm at Fox Lake Senior Center in Lambert, Montana. Scott Ruffatto is officiating. A luncheon will immediately follow the service at the Senior Center. Martin "Bud" and Marilyn Lake will be laid to rest in a private family ceremony at Lambert Community Cemetery in Lambert, Montana.