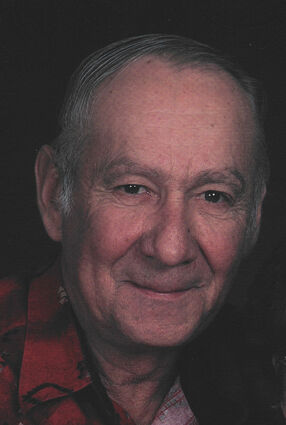 Memorial Mass for Robert "Bob" Buxbaum, 77, Fairview, MT are at 11 a.m., on Wednesday, Sept. 14, 2022, at St. Matthew's Catholic Church, Sidney, MT, with Father Jim O'Neil officiating. Wake services were held at 6 P.M., Tuesday, Sept. 13, 2022, at St. Catherine's Catholic Church, Fairview, MT. Inurnment was in Sidney Cemetery, Sidney, MT, Fulkerson-Stevenson Funeral Home is caring for the family. In lieu of flowers, memorials may be sent to Fairview FFA Chapter, 713 S. Western Ave, Fairview, MT, 59221 or a charity of one's choice. Remembrances, condolences, and pictures may be shared with the family at http://www.fulkersons.com.

Robert "Bob" Buxbaum was born Nov. 20, 1944, in Sidney, MT, to his parents Adam and Elizabeth (Lorenz) Buxbaum. He spent his childhood on the family farm in Fairview, MT, along with his siblings Dorothy, Wilma, and Ronald (Ronnie). Bob attended Fairview High School, and following graduation, he worked at several implement dealerships in the area. His first job was with Oscar Hein as a bookkeeper, and then Crighton Implement as a salesman. He purchased Fairview Farm Service where he worked in sales, and after selling the business, he went on to work for Richland Ag, AAA Implement, Eagle Tractor and Equipment, and finally, New Holland in Sidney.

Following his endeavors in equipment sales, Bob began working as an FSA loan officer and also an appraiser for states and banks. He enjoyed helping local farmers and ranchers, and he maintained his appraiser's license throughout his lifetime. After the passing of his father, Bob took over the family farm, where he raised hay and beets and had livestock operations including horses, cattle, and sheep. Because of his knowledge of agriculture, he was a well-known 4-H leader in the community. Throughout his lifetime, Bob was involved in various organizations including the Fairview Jaycees, Fairview Community Development, and the Lower Yellowstone Irrigation Project.

Bob met Antoinette "Toni" Verhasselt, and they were married on April 8, 1967. They celebrated 55 years of marriage together. Bob and Toni had two children, Ross and Trina, and raised them on the farm in Fairview. Bob enjoyed the hobbies of team roping, bowling, dancing, playing cards, and hunting. He also found enjoyment in competing in tractor pulls. As the years passed, Bob found himself busy attending sporting events and activities for his five grandchildren. Most of all, Bob enjoyed caring for his garden, and he will be remembered by many for the pumpkins he shared with area school children and the delicious sweet corn he grew each year.

Preceding Bob in death were his parents, Adam and Elizabeth.