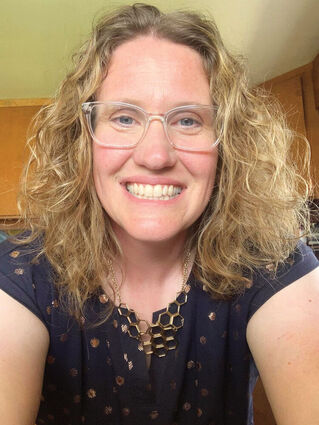 Washington, D.C. - Montana farmers and ranchers are gaining a voice at the national level with the announcement of Sarah Degn as a Next Generation Advisory Representative on the National Farmers Union Board of Directors.

Degn, who farms in Sidney and serves on the Montana Farmers Union Board of Directors, said she's looking forward to bringing her perspective as a young farmer to the national board for a three-year term.

"I'm excited to be a voice for other beginning farmers and making sure that their needs are addressed at a national level," said Degn, who pursued other interests before returning to the family farm part-time in 2017 and making the transition full-time in 2019.

"I've gotten to know Sarah as we've served together on the MFU board. She's deeply respected on the board and has a ton of leadership experience within Farmers Union from her work on both the state and national policy committees. I can't think of a better person to serve as a representative from Montana as an NFU Next Generation board member," Bangs said.

"Half of our farmers are women. All farm organizations will benefit with more women involved in leadership," Schweitzer said. "Sarah brings her experience as young beginning farmer to the board as well as young woman. I am looking forward to continuing to work with Sarah on issues that are important to agriculture and rural America."

Already, Degn is jumping into the advisory role and will attend NFU's board meeting ahead of NFU's Fly-in event in Washington, D.C., this coming week.

Involvement at the national level is nothing new to Degn, who served on and chaired NFU's policy committee. She also participated in the Beginning Farmer Institute and has lobbied at the state level in support of issues such as Right to Repair and increases transparency in the cattle market.

In her new role, Degn said, she will continue to learn from others while voicing what Montana producers are experiencing, including access to land, capital and an informational support system.

Learning from others is another exciting opportunity the advisory position provides.

"I always laugh because I think of the old farmers sitting around during coffee hour and this is just a broader version of sharing your ideas; what's working, what's not working and getting to hear from other states about policy and programs that they're trying and just all the different ideas going on around the country. It's fascinating to see the things people try," Degn said.

"The best part of going to things like the Fly-In and board meetings is how much we can learn from each other and bring it back," she added.