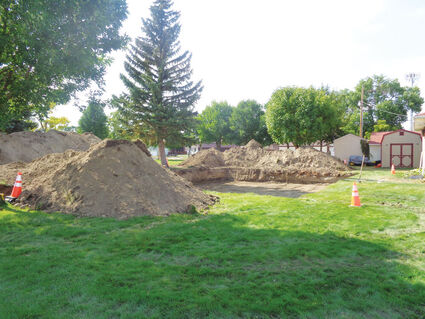 Since 2004, the Richland County unit of the Boys & Girls Club of the MonDak has been a safe and fun place for kids in Richland County to spend their time after school and on Fridays. Through the gifts of time and money from those in the community they have been able to have several changes to make the program better for the kids. Now, another gift will be changing their program for the better.

The Sidney Kiwanis Club was organized in 1924 and is a local club of Kiwanis International. They do community service and try to make a global impact. They also often sponsor local youth organizations like the Boys & Girls Clubs. Every year the members of the Sidney Kiwanis Foundation vote on something special to do for the community. On January 2022 it was decided they needed to get playground equipment for the kids to be put on the Boys & Girls Club grounds. In May, the kids attending the Boys & Girls Club after-school program were able to contribute to picking which playset to get. The staff picked out six different playset models from those six the kids voted on one. The Cabana Bay playset is a 34' x 46', 75' tall set with two slides, a climbing wall, monkey bars, a tunnel, bongo drums, and much more. It is for kids five to seven years old and will be all blue, including blue rubber mulch. There will be a fence around it but the fence is to remain open year-round so that kids throughout the community can also use it, not just Boys & Girls Club members.

Previously, when kids attending the after-school program were to play on playground equipment they had to be escorted across the street to the Central Elementary School playground. It required a lot of staff cooperation, communication, and participation. While after-school club members will be supervised on the equipment during Boys & Girls Club hours, it is more convenient for the staff, closer to the bathrooms, and safer for the kids than going to the school's playground. They took out some trees on the Boys & Girls Club lawn to make room for the playground equipment on September 9, the equipment was delivered to the club on Sept. 12, and some generous volunteers broke ground for the playset on Sept. 16. On Sept. 24 Glen Wheeler, Kiwanis International, will proudly be joining local volunteers to help put together the playset. The playset will be located on the lawn just south of the Boys & Girls Club of the MonDak, Richland County unit.