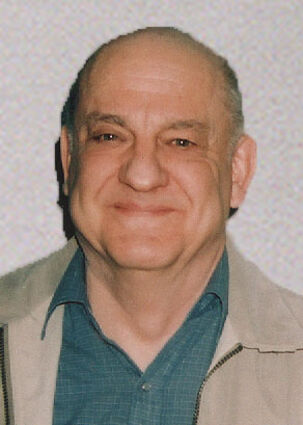 Mass of the Christian Burial for James "Jim" Fink, 64 of Williston, ND is at 10:00 A.M., Tuesday, October 11, 2022, at St. Matthew's Catholic Church in Sidney, MT with Fr. Jim O'Neil as presider. Inurnment will be in the Richland Memorial Park Cemetery, Sidney, MT under the care of the Fulkerson-Stevenson Funeral Home of Sidney. Remembrances, condolences, and pictures may be shared with the family at http://www.fulkersons.com.

James Aaron "Jim" Fink was the 12th child of Roy and Isabella (Meyer) Fink and was born on August 4, 1938, in Sidney, MT. Jim's godparents were Mr. and Mrs. Leo Prevost. He attended rural Bradley School for the first grade and the second grade at the home place north of Lambert, MT. The remaining grades were in Sidney, including grades four and five at the catholic School. Jim graduated from Sidney High School in May of 1956.

After working seven years on the family farm, Jim was drafted into the United States Army in April 1963. He took basic training at Fort Ord, California and then attended a finance school in Indianapolis, Indiana for four months. He was stationed at Fort Hamilton in Brooklyn, New York for eighteen months where he helped prepare discharge papers and paid military personnel on their return by ship from duty in West Germany. Jim was able to see many interesting sights and events in the New York City and Washington D.C. areas – a Worlds Fair and many baseball games, including the Mets first game. He was discharged in April 1965.

After his discharge for the U.S. Army, Jim worked on the family farm for about two years. Beginning in January 1967 he attended an auto body repair school in Fargo, North Dakota for six months. After completing the course he moved to Williston, North Dakota and worked in the auto body repair field until 1973 when he began working for himself as a bookkeeper and accountant for businesses. Later he worked as a custodian at Williston School District.

After retirement, he volunteered at Meals on Wheels for many years. First National Bank awarded Jim "Senior Volunteer of the Month" multiple times in recognition for his volunteer work - in April 2007, April 2012, and August 2014. He had a passion for helping others. Jim was also an avid collector of coins – especially the commemorative kind. He kept them safely in binders at his home.

Jim passed away Saturday, October 1, 2022 at his home in Williston.

Jim is survived by: his sister, Dorothy of Sidney, Montana; brother Joe of Fairview, Montana; and numerous nieces, nephews, and grand-nieces and nephews.

Jim is preceded in death by his parents, Roy and Isabella Fink; brothers Harold, John, Paul, William, and Robert; and sisters Muriel, Christine, Margaret, and Mary.