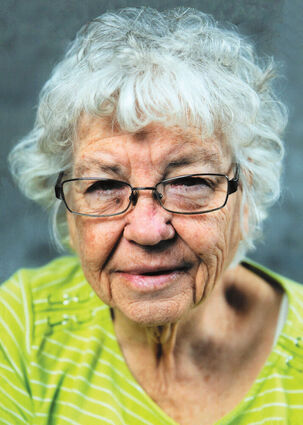 Virginia Ann (Baxter) Fink passed away peacefully into the loving arms of Jesus surrounded by her family in Sidney, MT on Saturday, Oct. 8, 2022. She was born in Fairview, MT the 3rd child to Cecil and Bertha Baxter on April 26, 1943. Virginia attended grades 1-3 at the Nohly School and grades 4-8 in Fairview, before graduating from Lambert High School in 1961.

On July 1, 1961, she married Joe Fink, also of Lambert, at St. Philomena's Church, Sidney. Their ceremony was performed by Father Ned Schinnick, which was one of the first weddings he performed after moving to Sidney.

Virginia and Joe lived in Lambert until 1970, when they moved to Fairview, and she worked for several years at the Sears catalog store in Sidney while they raised their family.

After Joe's retirement in 1998, they enjoyed taking yearly trips including five cruises, a bus tour through Italy, and three trips to Hawaii, which was her favorite.

One of Virginia's passions was quilting. She made quilts for each of her children and grandchildren and made several that she donated to cancer survivors and fundraisers.

Her love for God was a strength to all who knew her. She was very active in her Bible study group and served as a lay pastor at St. Catherine's Church, Fairview, assisting with sermons and the Grief Ministry.

The family would like to thank the nurses and staff members for their care and kindness.