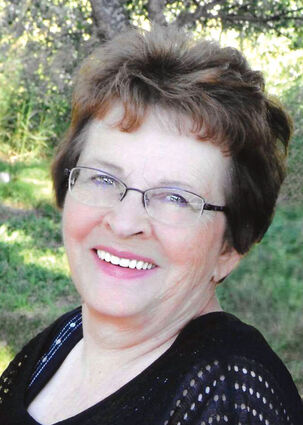 Memorial Services for Linda Lowry, 76, Savage, MT, are Wednesday, Oct. 26, 2022, at 11 a.m. at UCC 1st Congregational Church, Savage, MT with Pastors Josh Rau and Tim Tharp officiating. A luncheon will follow the service at the Savage Hall. Visitation is one hour before the Memorial Service. Fulkerson-Stevenson Funeral Home, Sidney, MT, is caring for the family. Remembrances, condolences, and pictures may be shared with the family at http://www.fulkersons.com.

Linda Faye (Willian) Lowry was born on Feb. 19, 1946, Sidney, MT, to Delmar and Leila Willian. She grew up near Squaw Gap and later moved to Savage, MT.

She met and married her husband, William "Bill" Lowry on July 2, 1963, and together they raised two children, Leslie and Mark. Bill always joked that Linda was an "older" woman, as she was two days older than him. In fact, the Sidney hospital was so full that Mary, Bill's mom, had to travel to Williston to have him. Linda was primarily a stay-at-home mom, who worked outside the home, but only after both children were school age. There was rarely a time that she wasn't there when the bus dropped the kids off at the end of the day.

In her lifetime she held different professions: freight hauler, school bus driver, cook for senior citizens, and waitress. She also raised sheep for several years with her dad, Delmar. Linda didn't shrink from challenges. She went back to school in 1976 to get her GED. Then later, she studied and became one of the first women EMTs for Savage.

Linda, with her sisters Sharon and Sandy, and with their mother, Leila, were well known for their musical talents. They were chosen to provide the music at numerous funerals in the Yellowstone Valley. They became lovingly named "the Savage Ladies".

Linda was well known for her hospitality, cooking, her love of singing, and for her great sense of humor. There was nothing more pleasing to her than to share a great joke or catch someone off guard. She was also known for her "scariness" to her nieces and nephews, who fondly called her "the Dragon Lady". But Linda was a safe place for friends, family, or colleagues because she listened without judgement and loved with her whole heart. She will be eternally missed by many.

Our beloved mother's courageous battle with cancer came to an end on the evening hours of Oct. 20, 2022, and she joyfully entered the Lord's Kingdom where she was greeted by her loved ones who passed before her.

Linda was a courageous and strong woman. Her faith and positive attitude allowed her to face her cancer with no fear, and despite staggering odds. She left this world with remarkable grace, confident that "It Is Well With My Soul" and was led by Jesus to Heaven, with her family serenading her as she passed.

Linda was preceded in death by her parents: Delmar and Leila Willian, her in-laws, Bill and Mary Lowry, sister, Sharon Quinnell, and numerous brothers and sisters in law.