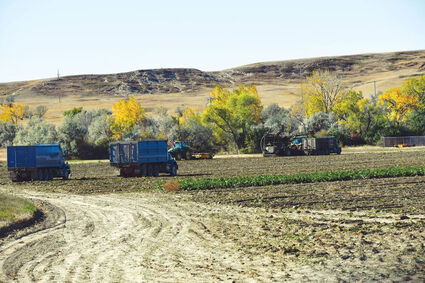 The 2022 sugar beet harvest wrapped up last week with both tonnage and sugar content coming in lower than expected. According to Sidney Sugars agricultural manager Duane Peters, the yield was unusually field specific with highs and lows in individual fields rather than in an overall area. "It seems to have a lot to do with weather, but there's not really any rhyme or reason on the sugar," he said.

Peters expressed his deepest appreciation for the area growers. "They faced tough issues and made hard decisions and came through with another good crop. We just can't appreciate them enough."

Weather factors included rain that crusted the fields in the spring and then overly warm temperatures late in the season. Late planting contributed also, with growers four to six weeks behind due to late April snow storms and delayed contract negotiations. Cercospera also reared its ugly head again this year causing a decline in yields.

Sidney Sugars is working with growers to determine factors that decreased plants per acre. They are usually 52,000 to start, but by harvest this year they were down to 30,000 with the average of 26,000. "We will be working with the growers to find out what happened," Peters stated.

As so often happens, weather also created an interesting harvest. Heat, rain, wind and frost caused temporary stoppages. "We got everything but snow this year. We usually get it all!" said ag-finance accountant Cheryl Riedel laughingly.

Sidney Sugars is always looking to improve storage of harvested beets. An automated ventilation system was installed at Sugar Valley this fall, adding new technology to the thermostat on the existing system, with remote controls connecting to agriculturalist Somer Reidle's phone. When the temperatures get too hot or cold, she can remotely turn the fans off or on as needed, saving precious hours which were previously spent as the agriculturalist would have to go to the yard and check each row of beets and manually adjust fans. "It took time and wasted temperature windows," Reidle explained. "This is a much more efficient system."

For the Fiscal 2022 Year we completed 19 capital projects above the normal summer maintenance. The 19 projects covered all departments: Agriculture, Operations, Warehouse, Lab, and Wastewater. We are continually identifying and pursuing automation projects, three this year were for Beet Pile Ventilation Automations, 2nd Carb Filters Automation and new Lab equipment that will streamline sampling. Equipment this year included the Bulk Sugar Trackmobile, Forklift, a new Machine shop Lathe, Std Liquor Filter Supply tank, Exhaust Steam Makeup, and Pellet Mills Feed Scroll as well as a Gypsum Feed Scroll. Phase capitals projects which will require multiple years included Pulp Press upgrades, Trash Screen upgrades, Wastewater cover and Pile ventilation automation. Primarily for safety, for a number of years, we have been moving breakers and starters to new MCC rooms. This year we completed the last MCC room which was for the Raw Centrifugals. Capital project planning is underway for this next year along with the continued engineering for the Gas Boiler Conversion project.

Sidney Sugars is not immune to the local and national worker shortage. Both from the Process side and Maintenance side we began campaign extremely short on workers. As of late we have seen an uptick in the number of people applying for work at the factory.

This is the eighth year working with the Ft. Peck Indian Reservation, specifically TERO, to help find and transport employees from Poplar and Wolf Point areas to the factory and back home. Each year we have seen the number of employees increase, along with their advancement throughout the organization. Currently, there are just over 50 employees who are currently from or originally came from the Ft. Peck area. 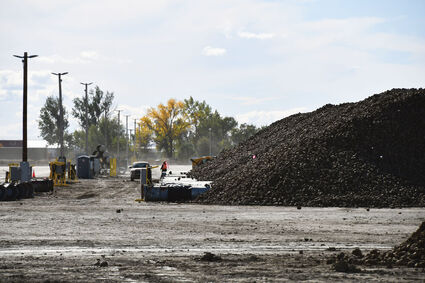 This is the first year that Sidney Sugars has needed and opted to use the H2B Visa program. Currently, we have 18 employees from Mexico. Language was a concern but recalling high school Spanish, sign language, and translation apps, we are incredibly pleased with the employees and program.

As of Friday, Oct. 21, we are on Day 19 of Campaign. We began slice on Oct. 2. With each year, startup has its expected and unique start up issues. This year was no different, partly due to so many vacancies in so many key positions in the factory. Each day has its challenges as does any job, but we are smoothing out to a normal rhythm with a steady slice of sugar beets and the production of world class sugar.