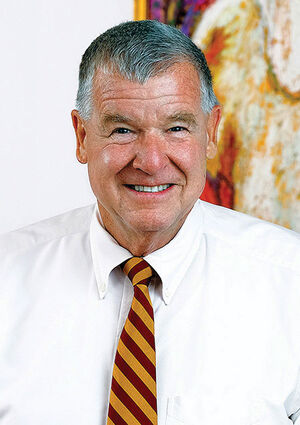 On Wednesday, Nov. 2, Gary Buchanan, the independent candidate for Congress in Montana, will come to Sidney as part of his campaign.

Buchanan drove to Sidney Tuesday, Nov. 1, and will spend Wednesday visiting with Mayor Norby, Executive Director Kali Godfrey Sidney Chamber of Commerce, the county commissioners, a few area stockgrowers. Beginning at 11:30 a.m. Buchanan will be upstairs in the Richland room of the South 40 for a meet and greet. It will go on until 1:30 p.m. and all area voters are welcome to attend. He filed late, on March 15, for his campaign, yet knew he had to come to Sidney. Gary Buchanan said, "Sidney's a very important place."

Gary Buchanan said he is a businessman. According to his campaign website, http://www.buchananformontana.com, he started his business career at Merrill Lynch in 1979 and then took a leave of absence to become Montana's first Department of Commerce Director. He has also been an executive with D.A. Davidson and Dain Rauscher. He started Buchanan Capital Inc. in 2002. As a business owner, Buchanan has always taken an active interest in Montana and has been involved on the state and local levels to protect and promote Montana's values and assets.

Buchanan is no stranger to politics. He is a lifelong political Independent and has split his vote on Montana politics for almost 45 years. Plus, he has served a half-dozen Republican and Democrat Governors. Buchanan said, "I decided to run for Congress because I was fed up with party politics. Especially when Rosendale voted against giving commendations to the Capitol police for the Jan. 6, 2021, attack on the Capitol." Buchanan also said that he was embarrassed that Rosendale filed against supporting Ukraine and voted against Finland and Sweden joining NATO.

For more information about Gary Buchanan and his stance on issues such as the economy, the right to privacy, guns, private lands, energy independence, domestic and global security, abortion, and much more check out his campaign website and look for him on Facebook and Twitter.