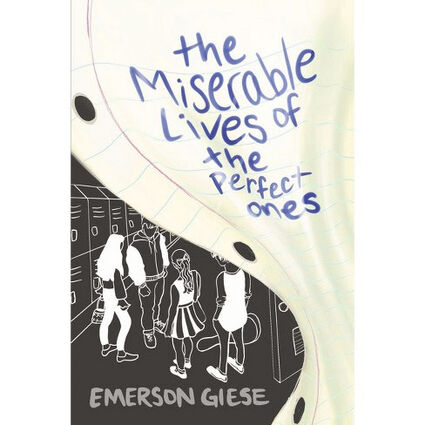 A lot of high school students have their eyes set on graduation day. Emerson Giese, a senior at Fort Benton High School, sets her vision on making the world a better place for all young adults.

Giese, the granddaughter of Bainville native Billie Giese, has recently released a book, "The Miserable Lives Of The Perfect Ones," at the age of 18.

Emerson explained that her parents, Richland County natives Monte and Jeanna Giese, have always encouraged their children to find a passion and produce something physical from that passion. While older sister, Aspen, has excelled in sports including earning a basketball scholarship at MSU Billings, Emerson loves reading and literature.

"My passion project is my book," Emerson said.

She describes the book about being about perceptions and expectations that people place on students. "Not everything is how it seems. All people have problems," Emerson noted. "The perception of perfection isn't truly attainable." Although people she has known were a resource, she also conducted research regarding various forms of abuse including alcoholism.

Emerson, who was a key member of Fort Benton's state championship girls' basketball team in 2021, said she started thinking about the book when she was only a freshman. When a knee injury sidelined her during her junior basketball season, the recovery created the extra time she needed to concentrate on her writing. "When I was at practice, managing or doing anything else I could do to help the team, I was also able to do my homework," she remembers. With more nights free and the student being slowed down with crutches, progress on the book was made.

The novel was published near the end of September and released on Dec. 4. Emerson said she has received mostly positive feedback since the release. "People have been surprised and impressed that I was so young," Emerson said. One of her biggest cheerleaders has been her grandmother, Billie Giese. "I'm pretty sure she liked it. She was proud I've done this at my age," Emerson said.

The high school senior, however, is one of her own toughest critics. She said it's a flawed book and there are some things that she wishes she could change. She is pleased though that the experience taught her the book publishing process. "I want to write more books," she said.

First comes the business of graduating from high school where she hopes to leave a legacy in Fort Benton. Her achievements at the school have included helping start a book club, a tutoring program and a mental health/suicide prevention program. She is currently starting on the girls' basketball team and will compete this spring. A few weeks ago, she reached a life-long goal of being accepted at Harvard University. She says she wrote in her journal about her desire of going to Harvard when she was only 10 years old. During this past summer, she visited the campus again. "I fell in love with it," Emerson said.

As far as her career path, she mentioned writing books or working for a publishing company. Another possibility is a career in environmental law.

She is following her father's footsteps by attending Harvard. "He seemed very happy for me," Emerson said of her father. "It was rewarding for him."