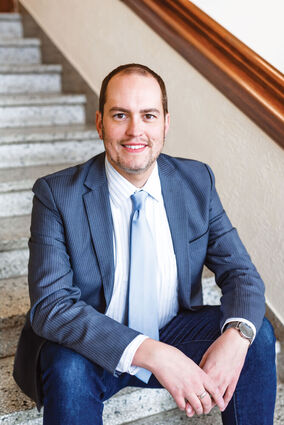 The law firm of Netzer, Krautter & Brown, P.C. is pleased to announce that Ryan Alexander Payne has joined the firm's Sidney office as an associate attorney.

Ryan Payne attended the University of South Carolina, where he received a degree in political science. Payne earned his law degree and an MBA degree from the University of Montana. During graduate school he focused on corporate, transactional, bankruptcy and aviation matters. He also studied comparative law and Mandarin in Shanghai, China. He has previously interned with Gulfstream Aerospace and is currently working on his private pilot license.

Payne's practice will be focused on real estate and business transactions with an interest in building a niche practice in aviation law. He is currently licensed to practice law in Montana and is working on being admitted to practice in North Dakota.