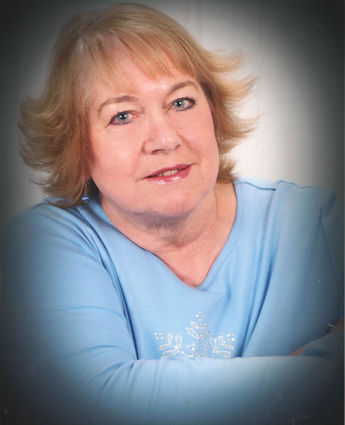 Sandra Lorene (Stoner) Gasho, age 69, of Trotters, North Dakota, passed away on Tuesday, November 22, 2016 at St. Vincent's Health Care in Billings, Montana. Visitation was held from 3 p.m. until 5 p.m., Thursday, December 1, 2016 at the Silha Funeral Home in Beach, North Dakota. Funeral Services were held at 2 p.m. on Friday, December 2, 2016 at the Squaw Gap Community Center in Squaw Gap, North Dakota with Reverend Nell Lindorff officiating. Interment followed at the South Side Cemetery outside of Trotters. Silha Funeral Home of Beach has been entrusted with the arrangements.

Sandy was born on November 30, 1946 in Burlington, Washington to William and Mary (Smallwood) Stoner. She was raised and educated in Sedro-Woolley, Washington, graduating with the class of 1965.

After graduating from high school, Sandra met and married Gordon Gasho in 1965. To this union three sons were born. In 1979, Sandra became a firefighter and served for twenty five years in the Prairie Community for the Skagit County District #8, as well as being an EMT. She worked as a fry cook from 1977 to 1980 and for the Sears store from 1980 to 2004. In 1996, Sandra had cancer and beat it. She worked as an assistant manager for the Cocusa Motel in Burlington from 2004 to 2011.

Sandra was a member of the local Grange Association from 1981 to 2000 and a member of the Independent Order of Forresters. She was also a leader in 4-H and in FFA from 1976 to 1989, while her children were in school.

Sandra loved to crochet, cook and bake for family and friends. She also loved her horses, but her favorite hobby was her grandchildren.

Sandy was preceded in death by her parents, William and Mary Stoner; her sister, Marcy Beernick; her brother, John Stoner, and two daughters-in-law, Jeri Gasho and Diana Gasho.

Sandy is survived by her husband, Harlan Gasho of Beach; her sons, Tony Gasho of Beach, Jason Gasho of Sedro-Woolley and Gary Gasho of Foster, Oklahoma; her sisters, Debbie Warren of Mt. Vernon, Washington and Nikki Townsend; her brothers, Ron Stoner of Ventura, California and Rick Stoner of Casper, Wyoming; six grandchildren; and seven great grandchildren.

Remembrances and condolences may be shared with the family at: http://www.silhafuneralhomes.com.