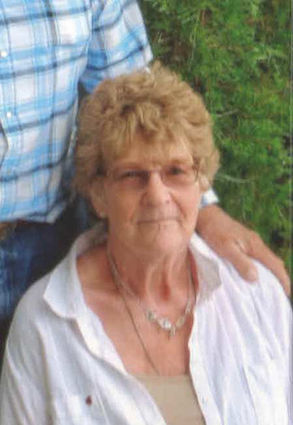 Sheryl was born January 3, 1946 to Carl and Dorothy (Etzel) Odean in Cedar Rapids, Iowa. She was raised and educated in Marion, Iowa and graduated with the class of 1964.

Sheryl worked at Rockwell-Collins Radio in Iowa manufacturing radio parts for the U.S. Government for many years. She married Douglas Heiden and to this union two children were born, Randy and Robin. They moved to Utah and Sheryl worked at a college and sold real estate for several years. Following her divorce, she moved back to Iowa and worked at St. Luke's Hospital before moving to Beach in 2014. Sheryl married Harlan Gasho on October 2, 2017 and worked as a ranch wife until the time of her passing.

Sheryl enjoyed shopping at thrift stores, and riding motorcycles and ATV's. She also liked branding calves, sorting through junk piles and anything related to ranch life.

Sheryl is preceded in death by her parents, Carl and Dorothy; and a brother, Alan Odean.

Remembrances and condolences may be left with the family at: http://www.silhafuneralhomes.com.