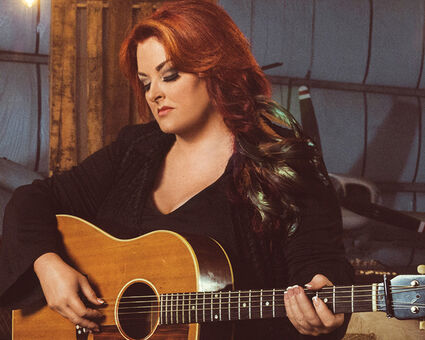 One of the biggest events in Western North Dakota takes place on Main Street Watford City. The Best of the West Ribfest, Street Fair and Classic Car show is set for Aug. 13, and it just keeps getting bigger and better than ever. This year's free concert headliner is chart topping and Grammy Award Winning country legend Wynonna Judd. As one-half of the legendary mother/daughter duo "The Judds", Wynonna was once dubbed by Rolling Stone as «the greatest female country singer since Patsy Cline". This iconic performer has received over 60 industry awards, with countless charting singles, including 20 No.1 hits such as "Mama He's Crazy", "Why Not me", and "Grandpa, (Tell Me 'Bout The Good Ole Days)".

Respected by the millions of fans who are drawn to her music and undeniable talent, Wynonna's rich and commanding voice has sold over 30-million albums worldwide spanning her remarkable 34-year career.

"The announcement of Wynonna's performance has people across the state excited," said Mary Gumke, Watford City's Chamber director and Ribfest chair. "This is big news for Watford City and we're expecting a record turnout."

The event kicks off with a fundraising breakfast for the local Boy Scouts served on Main Street from 8-10 a.m. The Street Fair opens at 10 a.m. with lunch being served at 11 a.m. and rib teams cooking up ribs on the street all day, serving them to the public at 6 p.m.

And as always, the Best of the West Ribfest, Street Fair and Classic Car Show is free and open to the public, with team games, kids' inflatables and game zone, face painting and more fun throughout the day. Back again this year is the option for guests to purchase a VIP Ticket where they can enjoy drinks and ribs under the shade of the Jones Construction VIP tent and also score the best seats in the house for the evening concert. New this year is a cornhole tournament hosted by Watford City Parks and Rec. In honor of the small rib teams that started this event, the Chamber is hosting a Backyard BBQ Contest where small teams of two are invited to get in on the action.

"If you have the best ribs in town, but only a small grill, this contest is for you," said Gumke. "We're inviting the public to judge and giving out cash prizes for the best!"

During the day you can grab lunch downtown, shop unique vendors and Main Street businesses and enjoy music from local musicians on the side stage. Matt Aakkre and the "Dirty Little Secret" kick off the evening on the Main Stage with a concert at 6 p.m. before Wynonna's performance at 8 p.m.

Plan to stick around after Wynonna because you're not going to want to miss the Party after Dark when the Ikons of Rock, "Snake Oil", will be taking the stage for an epic tribute to rock. Dressing up is encouraged!

"We're so excited to be able to bring such big acts to Main Street this year," said Gumke. "We are thankful to our chamber members and sponsors for making this event bigger and better each year and for allowing us to offer these high quality concerts for free to our community."

For a full schedule, to purchase your VIP Tickets and to sign up as a Ribfest vendor or contestant visit http://www.watfordcityribfest.net.

For more information contact the Watford City Chamber of Commerce at 701-570-5084 or [email protected] or http://www.facebook.com/BestOfTheWestRibfest.