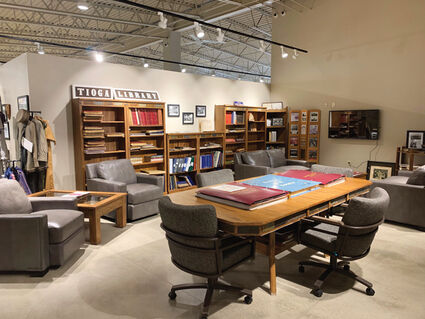 Come and browse our library for hours. (Photos submitted)

The Norseman Museum, previously located at the old First Lutheran Church, Tioga, recently moved to a new location at 108 Welo St. To celebrate this, there will be a grand opening for the building on Friday, Sept. 10 starting at 11:30 a.m. CT, followed by a free barbeque and entertainment and door prizes from 4-6 p.m.

The Norseman Museum is a curator and historian of Tioga, ND. It has several artifacts and an oil capital of North Dakota display that keeps growing, with a true-to-scale derrick and pumper. It also has a Sons of Norway (SON) Viking ship, built by SON members, which is to be placed in the museum soon.

"What better way to show the history of Tioga, ND," said Glenda Lovdahl.

The museum was originally opened in an old church on the corner of 2nd and Welo Street in 1999. In 2019, the church was planned to be demolished so volunteers began packing and archiving all museum artifacts and moving them to storage. That property was sold to the city of Tioga for a new police station and the museum acquired land just south of that. 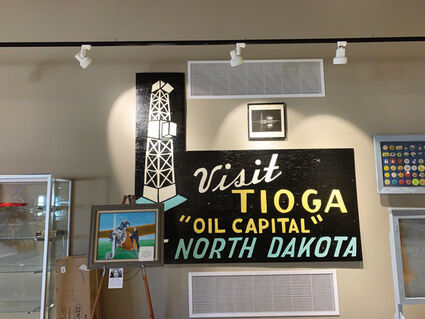 The Norseman Museum was then relocated to a brand new building located between the Tioga Police Department and Tioga City Hall just a few hundred feet from the original museum. They had a soft opening in September and will be having their grand opening during this year's Farm Festival.

Glenda said, "We are so excited to have our library with all the archives of Tioga and surrounding areas. That continues to be a wonderful experience for all, as information is never ending. Come for a visit, and stay for a while!"

Operating hours of the museum are limited due to it being run by community volunteers and members of the Tioga Historical Society. For more information on the museum and their hours visit their Facebook page: Norseman Museum.