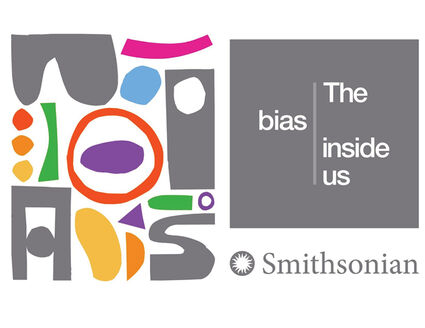 The Long X Arts Foundation and Pioneer Museum of McKenzie County announced on Oct. 8, that they will host the "The Bias Inside Us" Smithsonian Exhibition Nov. 13, 2021- Jan. 3, 2022. The community engagement project from the Smithsonian Institution Traveling Exhibition Service (SITES) will raise awareness about the social science and psychology of implicit bias, the impact of this bias and what people can do about it.

"The Bias Inside Us" features a traveling exhibition that serves as the centerpiece for local programs and activities. Through compelling images, hands-on interactives and powerful testimonials and videos, the exhibition unpacks and demystifies the concept of bias. The exhibition features six sections: Introduction, The Science of Bias, Bias in Real Life, Serious Consequences-Bias is All Around Us, #RetrainYourBrain and Personal Reflection.

Visitors will explore the foundational blocks of bias, the psychology of how it forms and how it influences behaviors both consciously and unconsciously. Interactive elements display how implicit and explicit bias show up in the world and how bias influences systems and policies that have consequences for many people and communities. One interactive experience invites visitors to think about the how bias is reflected in product design, advertising, architecture and technology. Among the videos in the exhibition is a series that features eight voices from diverse perspectives sharing personal experience with bias.

The exhibition also features Spanish photographer Angélica Dass' Humanae project, which reflects on the color of skin that challenges the concept of race. In this work, Dass documents humanity's true colors through portraits, rather than the labels "white," "red," "black" and "yellow."

"Bias is part of being human," said Myriam Springuel, SITES and Smithsonian Affiliations director. "Our goal through 'The Bias Inside Us' is to help individuals understand and counter their implicit bias and help communities thrive through conversation and greater understanding."

The Long X Arts Foundation and the Pioneer Museum of McKenzie County will be hosting community events and engagements centered on these conversations throughout the duration of the exhibit, including "An Evening at the Smithsonian" event at the Pioneer Museum on Saturday, Nov. 27 as well as offering special programming in area schools.

"The Bias Inside Us" draws from the scientific research and educational work by psychologists Mahzarin R. Banaji, Harvard University and Anthony G. Greenwald, professor emeritus at the University of Washington. They defined the term "implicit bias" through their work on unconscious and conscious mental processes. Their book Blindspot: Hidden Biases of Good People (Delacorte Press, 2013) explores the biases people carry based on their exposure to cultural attitudes on areas such as gender, race, social class and disability status.

"To have an exhibit of this caliber at our fingertips is a unique opportunity for our region," said Jessie Scofield, Long X Arts Foundation director. "We invite all members of the public to come and explore and look forward to the dialog it opens in our community that at one point had residents from all 50 states and over 20 countries."

"The Bias Inside Us" exhibit opens on Nov. 13 and is available for viewing free of charge during the Pioneer Museum's regular business hours, Monday-Saturday 10 a.m.-5 p.m.

SITES has been sharing the wealth of Smithsonian collections and research programs with millions of people outside Washington, D.C., for more than 65 years. SITES connects Americans to their shared cultural heritage through a wide range of exhibitions about art, science, and history, which are shown wherever people live, work and play. For exhibition description and tour schedules, visit sites.si.edu.