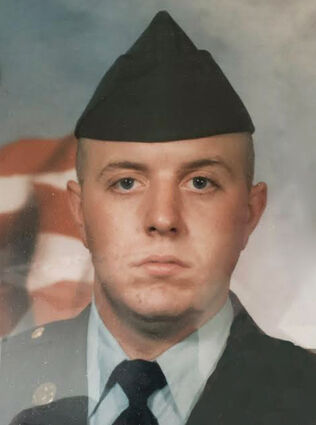 Nathan Richard Meyers was born on January 22, 1981 in Lapeer, MI, and passed away unexpectedly on March 9, 2022 in Watford City, ND. He was the first-born son of Thomas K. and Janice E. (Hall) Meyers.

Nathan is survived by his wife, Amanda; three children, Emily (12), Ivan (7), Breanna (5); father, Thomas Meyers; brother, Michael Meyers and his wife Christina, Croswell, MI, as well as one brother-in-law and two sisters-in-law. He was an uncle to 11 nieces and nephews.

He was preceded in death by his mother, Janice; uncle, Clint Meyers and Robert Meyers; aunt, Jeanne Harrison and grandparents.

Nathan proudly served his country as an artillery man in the U.S. Army and completed two tours of duty in Operation Iraqi Freedom 2002-2003. He was a devoted father and a beloved part of many lifelong friends and extended family.

The Memorial Service was live streamed, you can view Nathan's service directly on his obituary page on our website http://www.fulkersons.com.