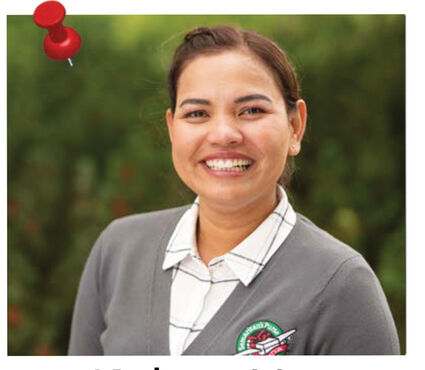 This year, during Shepherd of the Valley Lutheran Church's Vacation Bible School, the church is proud to present Kimheang Vance. Kimheang is a former Operation Christmas Child shoebox recipient who is coming to share her story.

Every year, Shepherd of the Valley holds a Vacation Bible School during the first few weeks in June. This year it will be June 6-10. They try to do a mission project every year during VBS. Last year, they raised about $4,000 for Jesus Film Harvest Partners. This year they plan to raise enough money to pack 200 Operation Christmas Child shoeboxes. I spoke with Karen Huskamp, Pastor Huskamp's wife and head of this year's VBS program, about it and she told me she wanted more. Since the project was to help fund Operation Christmas Child she wanted to get someone who had benefited from the program to come speak but it would not be easy. They are called Full Circle Speakers and are not usually sent to speak in small communities because of the low population density. Shepherd of the Valley's VBS is very popular, however, and they are expecting 200 kids this year. Huskamp sent out her request. The very next day she got a callback. She said, "I'm excited. It's a privilege to get somebody here." Kimheang Vance will be coming Wednesday, June 8. The church is holding a community BBQ that evening from 5-6 p.m, and Vance will speak at 6:30 p.m. The event is free and everyone is invited.

According to Samaritan's Purse's website, http://www.samaritanspurse.org, Operation Christmas Child was started in 1990 by a couple in the United Kingdom by the name of Dave and Jill Cooke. In 1993, the Cookes merged their project with Samaritan's Purse and expanded their reach to over 28,000 children in just that year. Fast forward to 2021 and 10,505,155 shoebox gifts were packed and sent out to awaiting children. Collection week varies from year to year but in 2022 from Nov. 14-21, shoebox gifts will be collected in the United States and 10 other countries to be handed out in over 170 other countries and territories. Shepherd of the Valley is one of the many collection sites here in the United States. Shepherd of the Valley Lutheran Church is located at 211 E. Holly St., Sidney.