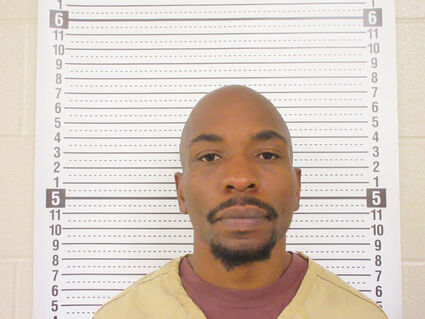 Officers arrived on scene and located a single individual with two gunshot wounds to the leg. At the time law enforcement arrived on the scene, the suspect had fled the area.

The Watford City Police Department, MCSO, NDHP, searched the area for the suspect. Canines were utilized to search for the suspect along with aerial surveillance operations.

During the investigation, it was determined that Andre Deshawn Morris, 30 year-old -male, Enid, OK was asked to leave a social gathering in the parking lot of the hotel after trying to steal some alcohol.

Morris left the party and returned a short time later with a handgun. Morris then allegedly shot six rounds from a handgun towards the group of individuals at the party. Morris had struck the victim twice with the rounds discharged from the pistol. The victim was transported by McKenzie County Ambulance for medical treatment.

After following up on numerous leads from the community, Morris was located on Sept. 19 at 3 a.m. at an apartment complex not far from the crime scene. Morris was taken into custody without incident. Officers were able to locate the handgun used in the shooting earlier in the evening based on a tip from a local citizen.

Through the investigation, we believe this to be an isolated incident. The Watford City Police Department would like to thank the North Dakota Highway Patrol and McKenzie County Sheriff's Office for their assistance with this investigation.