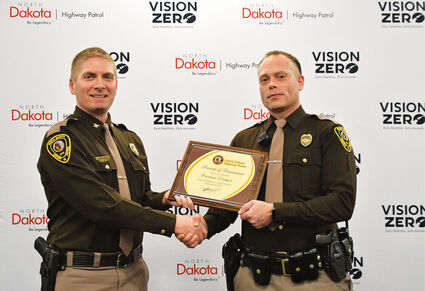 Colonel Brandon Solberg announces the promotion of Trooper Preston Langer to Sergeant. Langer became a member of the North Dakota Highway Patrol in September 2014. He attended the Highway Patrol Academy and graduated in February 2015. He holds a Bachelor of Science degree in criminal justice with a minor in business administration from the University of Wisconsin, Platteville. Trooper Langer was initially stationed in Watford City

as a motor carrier enforcement trooper beginning February 2015 where he remained until August 2018, and then transferred to a traffic enforcement trooper. Sgt. Langer will serve as a regional sergeant in Williston, effective Jan. 6, 2023.