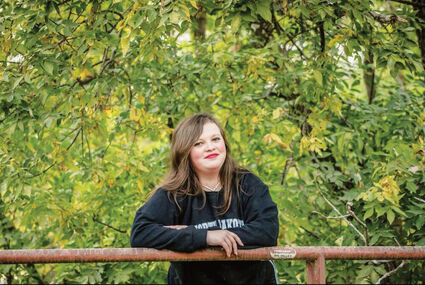 One night, MacKenzie Olson, a senior at Watford City High School, got the email of her life.

She had been nominated for a chance to sing in the Honor Choir at Carnegie Hall, New York City. She told her mom, Kristine, and they were excited, but nothing was set in stone. She still had to submit an audition recording, performing biography, and a few other things to be considered for the choir. Then they had to wait. Three months later and the results came back. MacKenzie was selected to sing with the choir at Carnegie Hall. Then came the fundraising. Just getting to New York City and back was going to cost a lot plus she had to pay for the program, and Kristine was not going to miss out on watching her daughter sing in the famous performance hall. They set the fundraising goal of $10,000 and got to work. Kristine set up a Go Fund Me page and jars were set on store counters all over Watford City. They were doing okay then MacKenzie was featured in a KFYR news story along with two other North Dakota teens. Then the help seriously started coming. The Bismarck VFW, Eagles Club, Rising Star Foundation, and M & R Custom Seed Cleaning all donated to her cause. Kristine said, "Family, friends, people would even walk up to MacKenzie in the store and hand her money for her trip." MacKenzie surpassed her goal and, in the end, raised enough money for her mother and older sister to join her. MacKenzie's trip will be Feb. 1-5. Her performance will be on Feb. 4.

According to their website, http://www.honorsperformance.org/, the Honors Performance Series was established to showcase the most talented young musicians today on some of the world's greatest stages and nominations are instrumental in identifying talented students for the Series. On Carnegie Hall's website, http://www.carnegiehall.org, it says since it opened in 1891, Carnegie Hall has set the international standard for musical excellence as the aspirational destination for the world's finest artists. Now, Carnegie Hall's mission is to present extraordinary music and musicians on the three stages of this legendary hall, to bring the transformative power of music to the widest possible audience, to provide visionary education programs, and to foster the future of music through the cultivation of new works, artists, and audiences.

MacKenzie is excited. She said, "I always wanted to sing and make music on my own but choir makes me more comfortable. I am very excited to sing with other women who enjoy singing." She and her family are very thankful to everyone who donated. Kristine said, "We couldn't have done it without contributions, I'm a single mom."