At The Raymond Family Community Center In Williston, ND 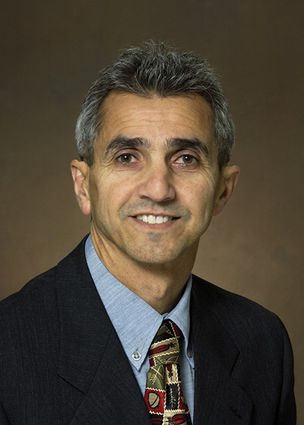 Dr. Akyüz earned M.S. and Ph.D. degrees in Atmospheric Science at the University of Missouri-Columbia in 1988 and 1994 respectively. He also holds a B.S. degree in Meteorological Engineering from Istanbul Technical University, Istanbul, Turkey. In his former positions, Adnan was the Missouri State Climatologist for eight years in Columbia, Missouri. He is currently active with research topics dealing with climate change impact on growing seasons in the Northern Plains, adaptation of agroecosystems to climate change, drought assessment and drought impact in North Dakota.

Dr. Franzen received his BS, MS, and Ph.D. degrees from the University of Illinois, Urbana, IL. He completed his Ph.D. in 1993, with his thesis addressing field variability of P, K, and soil pH in two Illinois fields. Prior to his Ph.D he served 18 years as an agronomist and manager in the retail fertilizer business in East Central Illinois. Dr. Franzen joined the NDSU faculty in June 1994. He provides educational programs on soil and soil fertility topics to extension agents and specialists, industry professionals, farm producers and the public. He presents his material using meetings, field tours, written material, radio, TV, video and internet resources. He also performs applied soils research projects, which are relevant to North Dakota producers.

David Ripplinger is the Bioproducts and Bioenergy Economics Specialist with North Dakota State University Extension, and Assistant Professor in the Department of Agribusiness and Applied Economics and Director of the Bio-Energy and Products Innovation Center (BioEPIC) at North Dakota State University. He has been the co-chair of the NDSU Extension Farm Stress Team since 2017.

Mark Jirik is the Director of the Northern Crops Institute, a four state collaboration based at NDSU in Fargo dedicated to expanding markets and value added agriculture. Mark grew up on a dairy farm in Mahnomen, MN and received his BS in Agricultural Economics from North Dakota State University and his MS from the University of Illinois. Upon graduating, Mark worked for Cargill for 17 years working in merchandising, commodity training, and commercial management throughout the United States and Australia.

Known locally as the Farm Service Agency manager for Williams County, Corey retired from that position a year ago, after 31 years. Corey has a BS degree in Animal Science and Agronomy from North Dakota State University. Corey has returned to his roots in dealing with weeds as the Williams County Weed Officer. Corey had worked as a Crop Scout in his early career prior to ASCS/FSA. Corey is still learning of the challenges in dealing with noxious weeds, but enjoys the job dealing with weeds and the rural community.

Dr. Frayne Olson is the Crop Economist/Marketing Specialist with the NDSU Extension and Director of the Quentin Burdick Center for Cooperatives. Dr. Olson conducts educational programs and research in evaluating crop marketing strategies, crop outlook and price analysis, and the economics of crop contracting. As Director of the Center for Cooperatives, he teaches a senior level course on cooperative business management and coordinates the Center's research and outreach activities. Dr. Olson received his Ph.D. from the University of Missouri in Agricultural Economics, and his MS and BS in Agricultural Economics from North Dakota State University.

Douglas Landblom received BS and MS degrees in Animal Science from Montana State University and between degrees; he served in the US Marine Corps, Third Marine Amphibious Force, Da Nang, Vietnam. He has worked as an animal scientist at the NDSU – Dickinson Research Extension Center since August 1974 conducting adaptive research for beef cattle, swine and horses. However, his largest research contribution has been conducting beef cattle research. His primary applied focus has spanned a wide variety of research topics ranging from reproductive management and animal nutrition to early weaning for drought management and a survey of E. coliO157 and other serotypes in cows and calves from weaning through slaughter. Drought management investigations dating back to 2003 were the forerunners for research in regenerative agriculture investigating the long-term effect of grazing within a diverse crop rotation on soil health and subsequent profitability from crops and beef production.

Carrie Johnson is the Extension Personal and Family Finance Specialist, Assistant Professor at NDSU. Carrie has worked in Extension Education since 2009, prior to that she was a financial aid counselor. She received her Bachelor's Degree (English for Information Systems) from Dakota State University, Master's Degree (Family and Consumer Sciences with an emphasis in Family Financial Planning) from South Dakota State University, and Ph.D. (Family and Consumer Science Education) from Iowa State University. Carrie is also an Accredited Financial Counselor.

Ashley is a native of Sherwood, ND and grew up on a cattle and small grain operation. She attended North Dakota State University where she received a bachelor's degree in Animal Science. She has been the NDSU Extension Agent in Golden Valley County since 2006. She and her husband Cody ranch alongside his parents as the fourth generation to be on the place. They have one son who is eight.

Dan Folske has been the NDSU Extension Agent in Burke County since 1989. He grew up on a farm and beef cattle operation in Slope County and received a BS in Animal Science from North Dakota State University. Dan and his wife Kathy live north of Bowbells where he operates a small beef cattle herd. He is active in the community and is an EMT with the Bowbells Ambulance.

Jeff is employed with Hemp Genetics International as the Director of Operations for Central Canada, US and International. Jeff takes a lead role in sharing his agronomy knowledge to their HGI growing base.

Prior to the move to HGI, Jeff was the Manitoba provincial contact for hemp agronomy in his role as Diversification Specialist for Manitoba Agriculture, a role he held since hemp was legalized in Canada in 1998. Past projects have included working on national variety trials funded through the CHTA as well as working on minor use herbicide projects. Hemp research continues to be a passion of Jeff’s, along with farming with his brother-in-law, producing pedigreed seed. Jeff is a director of the Canadian Hemp Trade Alliance where he currently holds the position of chair of the research committee.

Kurt Haarmann is a Senior Vice-President and General Manager of the Grain Division for Columbia Grain International, LLC. Kurt has worked in the grain handling and export industry for over 25 years. He has experience in the full cycle of procurement; export sales, execution and operations management. He began his career with Columbia Grain in Colfax, WA in 1993 and moved to the company headquarters in Portland, OR in 1995. He traded Hard Red Winter and Hard Red Spring wheat for export from 1996 to 2014, while also managing the central hedge desk. He moved to Pacificor, LLC to become the Senior Vice-President of arketing and Wheat Product Line Manager. In July, 2018 he returned to Columbia Grain to assume his current role and lead a reorganization of the Grain Division. He has a B.A. in Business Administration from the University of Washington. He has been married for 22 years, has two children in Tigard, OR.

Farming for the Future with an Eye on Soil Health: Saturday, March 13, 2 p.m. 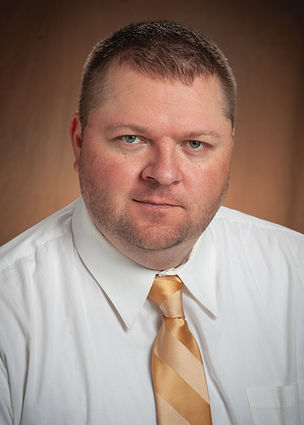 Levi and Crystal got started in the business of farming and ranching through Levi’s dad, David, whose operation they are currently renting located about 25 miles west of Pierre, SD. With both farms combined they manage about 3,000 acres of grass and 2,300 acres of cropland. Their family farm is called Prairie Paradise Farms and is committed to producing eggs, forage, and grain in a sustainable way that ensures resilience of their farm and resources for future generations. They farm with the future in mind so taking care of the soil and feeding it is extremely important. They embrace a holistic approach to sustainability by focusing on our environmental impact as well as economic stability and human safety. They have been No-Till since 1993 and maintain a diverse crop rotation. They strive to keep diversity in their animals and grazing habits.