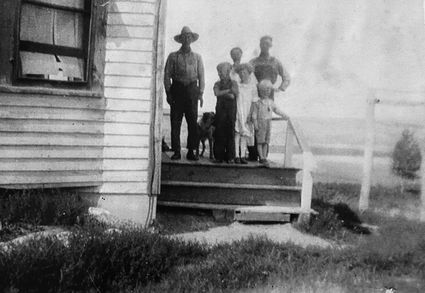 Even Ler homesteaded in what is now rural Savage in 1910 marking the beginning of more than a century of family farming, carried on now by grandsons, Matt and David Ler.

Born and raised in Norway, Even Ler chased adventure to America in 1907, and made his way toward Montana. Enticed by free land to be had under Homestead Act, Even was granted a certificate of register for the south half of Section 10, Township 20, north of Range 57, on June 22, 1910. The deed was later finalized in 1916.

Shortly after arriving in Montana, Even set up a homestead shack near Dunlap Creek, and sent for his wife, Ingeborg. According to a family history penned by Sandy (Twyla) Ler, "money was short and work was abundant. Breaking sod with team and plow was grueling work for man as well as beast," making reference to the Ler's first farming efforts. Unfortunately, by 1928, Even and Ingeborg determined that "they just weren't going to be able to hang on to the homestead. This arid prairie could never produce enough on a quarter section to make a go of it, no matter how good it was farmed nor how hard you worked," the family history reads. In April 1929, the Lers purchased a half section northeast of the original homestead for $30 an acre.

At the new place, the Lers farmed and raised turkeys, a common practice for this area in that time. The turkeys were packed in barrels and shipped by rail. The Lers made about 45¢ per pound, including the head, feet and innards, averaging about $9 a piece.

Some time in the 1920's, "grain prices were low, grasshoppers thrived and crops were poor so the Lers let the land go back to Phillips [from whom they had purchased it] and just rented it for a while." Many farmers made ends meet by working on the roads for the WPA.

In that time, harvest required "lots of hands," being done by threshing crews one farm at a time. "First, the crop was cut with a binder, then shocked...at threshing time bundle haulers took a team and a wagon, pitching bundles into the wagon where another arranged the bundles. Next they were hauled to the threshing machine." When headers finally came around, things became easier. "The header cut the grain and piled it up in a big stack...They'd line two stacks up...and pull the threshing machine between the stacks and two guys could feed the grain into the thresher. Lots of noise, chaff and work. The grain haulers had to haul the grain off and with scoop shovels, shovel it up and in to granaries." The story concludes, "No wonder they needed a lot of help, today's farmers feed many more people with much less work."

According to Matt and David Ler, two of Even's grandsons, that statement is true, though the farming lifestyle is never short on work. The brothers run Dunlap Creek Ranch, a commercial cow/calf operation and farm both dryland and irrigated cropland, raising winter wheat and spring wheat, alternating with safflower, peas and lentils.

Matt and David took over the farming operation in the 1980s, following their father Harold's retirement. Advances in equipment, technology, and chemicals allow them to successfully farm the same fields that their family once gave up. "You can cover ground much faster now, with bigger equipment," David said.

Advances even since the '80s have made farming more feasible, according to David. The Lers have expanded to pulse crops, like peas and lentils, following the burgeoning market. "Technology has changed a lot so it's easier to farm those crops," David said. Because of advances in chemical technologies, the Lers switched to continuous crop, and are less affected by moisture conditions. A drought in 1988 yielded little crop, but a similar drought in 2017 had much higher yields. 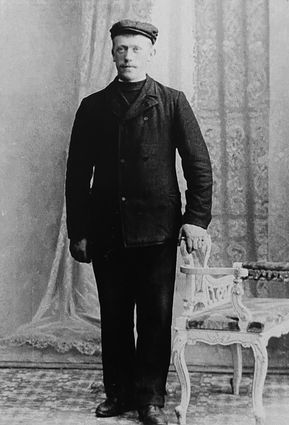 Even Ler prior to homesteading in the Dunlap Creek area. (Submitted photo)

During their time, Matt and David have taken advantage of other farm technologies and advances to improve their operation. They've installed solar pumps on two of their stock wells, installed two pivots to help conserve water, and have planted cover crops to help take stress off of native pasture.

The Lers continue to farm and raise cattle around Dunlap Creek, on some of the same land claimed by their grandfather over 100 years ago. In 2017, Dunlap Creek Ranch was awarded the Richland County Conservation District's Co-operator of the year for their efforts to help preserve their farmland for future generations. Neither David nor Matt could imagine life outside of farming. "Thirty-five years went really fast," Matt said. "It's a good way of life," David echoed.