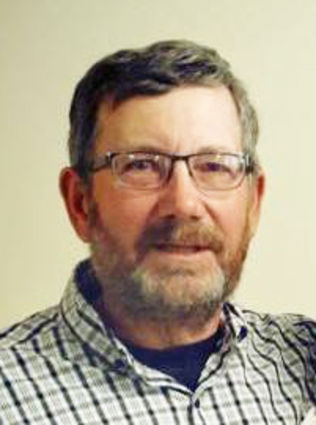 William "Bill" Ted Hamburg, 69 of Savage, MT passed away at home with his family at his side, on Wednesday, April 15, 2020 after a short battle with cancer. Visitation will be on Tuesday, April 21, 2020, at the Fulkerson-Stevenson Funeral Home in Sidney from 10:00 AM to 6:00 P.M. Services will be held at a later date and Fulkerson-Stevenson Funeral Home of Sidney is caring for the family. Remembrances, condolences and pictures may be shared with the family at http://www.fulkersons.com.

Bill was born on February 5, 1951 to Theodore and Pauline (Lockman) Hamburg in Sidney, Montana. He was told it was a cold day, even for this area. Bill was raised in the Savage area and graduated from Savage High School in 1969.

He attended the Aero Division at Helena Vocational-Technical Center where he received a School Graduation Certificate in Airframes as well as Powerplants, becoming a licensed airplane mechanic. Jobs were in short supply after tech school so Bill returned home to Savage where he worked on the Lyle Larson Farm just west of Crane. Then, following his father's footsteps, he began working for the Lower Yellowstone Irrigation Project in April of 1971 and continued working for the Project (49 years) until the time of his death.

On June 27, 1981, Bill married Marcy (Gehnert), and with her son Michael Bender, he started his life-long passion of a family in Savage, adding to his family a son Casey and daughter Samantha.

When in grade school, he wondered if he'd ever get far enough from Savage to see a real saguaro cactus. His wish was fulfilled when his son Casey was stationed (US Air Force) in Arizona. He said he thinks he's almost seen too many of them now.

Bill enjoyed tinkering on cars, pick-ups and lawnmowers, and during the summer months he could be found walking the banks of the canal or fishing along the Yellowstone River. He was also a member of the Savage Lutheran Church and a member of National Weather Service's Cooperative Weather Observer Program, reporting the daily weather for Savage.

Bill started working for the Irrigation Project helping his dad out, ridging the ditches, in 1971. He moved on to operating the heavy equipment, starting with the old draglines. During the winter months, he would do the repairs on the engines as well as other maintenance repairs. He operated just about every piece of equipment the project had. Bill became Job Forman/Operator in 1995 and became the Assistant Manager in 2004.

To bring in extra money for his family, for Christmas and vacations, Bill also worked for Holly Sugar, Sidney Sugars during the harvest season for about 15 years. Being dedicated to his work and the farming community, he even agreed to lend a helping hand this past fall while they were looking for extra help.

Bill was a loving, devoted and selfless in all that he did. He believed "the best investment he ever made" was his family.

He was preceded in death by his parents Theodore and Pauline (Lockman) Hamburg and stepmother, Christine Hamburg.