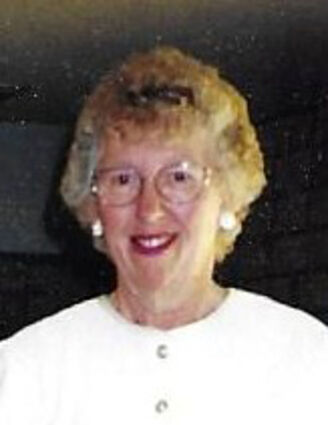 Marilyn Kaye Lake passed away early in the morning of January 5th, 2021 after a steep decline from dementia and heart ailments. Marilyn was born in Walla Walla, Washington to Frederik and Klaske (Spykstra) DeBoer on February 24, 1934, joining older siblings Joseph Arthur and Harriet Ann. Later, another sister, Phyllis, joined the family.

Marilyn grew up on a dairy farm near the Whitman Mission Massacre National Historical site. She started her education in a two-room schoolhouse named Valley Chapel. She was active in 4-H. She graduated from Walla Walla High School and began working at JC Penney. She graduated from Washington State University with a teaching degree in physical education. Upon graduation, she began her teaching career in Othello, WA which led to another teaching position in Sacramento, California. There she met a government radio repair specialist named Martin (Bud) Lake. Bud's Uncle John Monger decided to retire and offered Bud his farm in Eastern Montana, a little south of the town of Lambert. Bud asked Marilyn to accompany him to Montana. As they started their journey, they stopped for the night in Reno, Nevada and decided to get married. Unbeknownst to the young couple, NBC News was filming a special on weddings. Marilyn and Martin's wedding on July 21, 1962 would be televised nationally.

Bud and Marilyn settled into farming and raising a family near Lambert. Fredric, Steven, Ira and then later, Jeremy grew up playing basketball to avoid doing dishes after supper. In 1972, Bud and Marilyn took over the management of Lake's Café in nearby Sidney, changing the name to M&M Café. They opened their home and welcomed two Spanish exchange students into the family; Inaki Idoate and Eduardo Serrat. Marilyn enjoyed filming all her sons playing basketball and football. Bud and Marilyn operated both the farm and restaurant until they decided to sell the farm in 1992. They continued to operate the restaurant until they sold the site and retired in 2012.

Marilyn enjoyed reading and was an ace at trivial pursuit in the literature category. She was known for her many years of baking pies and caramel rolls at the restaurant. Her smile and laugh will be remembered throughout the community.

Marilyn K. Lake was preceded in death by her parents, Frederik and Klaske DeBoer; and her brother, Joseph Arthur.

It was Marilyn's wishes to be cremated. The family is planning a memorial service to be held in the summer as travel becomes easier. Fulkerson-Stevenson Funeral Home of Sidney, MT is caring for the family. Remembrances, condolences and pictures may be shared with the family at http://www.fulkersons.com.