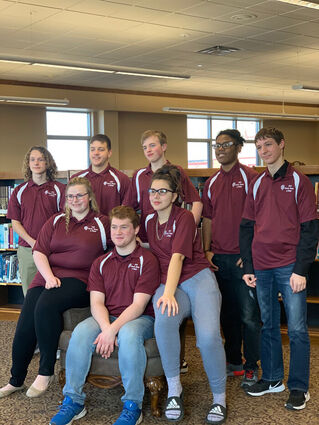 Sidney High School hosted the first ever Virtual State Speech, Drama and Debate Tournament! Usually the tournament is only two days however with WIFI restrictions it was a three-day meet. Twenty Class A schools from across the state competed via computer. Judges from across the state via the internet judged the competitors. Speech and Drama competed in five separate rounds followed by a finals round. Some speech events did hold a semifinal round. Debate was different but they did have quarters, semis and finals. When the tournament was all done the results were broadcasted live from the SHS library over the MHSA website. Thank you Coach Gordon for your announcing the winners!

The Drama Team placed 3rd over all with every team member receiving a medal!

Emma Cundiff and Wyatt Reid are State Champions in Classical Theatre they are a duo that is meant to be! Noah Kyhl, Kodi Schulz and Benjamin Stevens proved that even a lion and a nagging wife could push one man to wear a dress and try not to loose his mind. 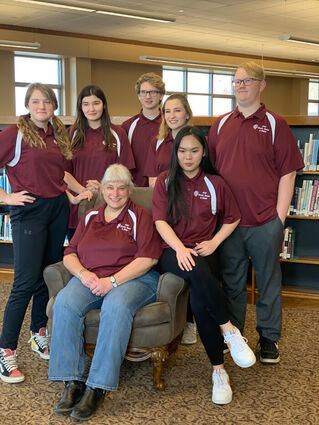 Senior Noah Kyhl places 7th in Humorous Solo primarily because he was not afraid to wear tights and be a crazy elf. His talent also might have helped.

Lincoln Douglas debater Brandon Smith went undefeated till semis placing 3rd! This is the 3rd year that Coach Gordon has had a 3rd placer in LD!

Junior Informative Speaker Chloe Go had everyone craving chocolate on her speech about Herseys, placing 5th!

It was a long strange trip of a season this year! We survived and look forward to being in person next year!!