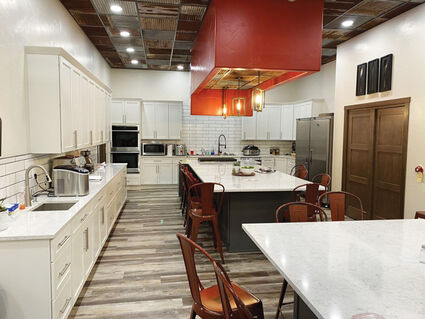 Sidney, Montana's Young Professionals chapter put on a conference to showcase their town. Here's what we learned from showing up.

Editor's note: As part of MTFP's Long Streets Project, reporter Eric Dietrich spent a few days in early June on the road in eastern Montana. This is his dispatch.

It's a Thursday afternoon in Sidney, the 6,400-resident city on the plains along Montana's border with North Dakota. I'm sheltering from a passing tornado inside a boutique cookware shop, staring at a wall of herb-infused olive oils.

I've made the seven-and-a-half-hour drive from Helena to Sidney as part of MTFP's Long Streets Project, an effort to find stories that explore Montana's economy across the full breadth of the state. I'm in town for the 2021 Montana Young Professionals Summit. Hosted by the Sidney Young Professionals chapter, the three-day conference is a chance for some of the town's millennial boosters to showcase their community to peers statewide.

(A disclosure: outside my job at Montana Free Press, I'm the volunteer treasurer of the Helena Young Professionals chapter, which was planning the 2020 version of the summit until COVID-19 derailed our plans.)

Sidney, like a lot of Montana towns that aren't Missoula or Bozeman, sometimes gets a bad rap, particularly in the sorts of conversations where well-educated, upwardly mobile young Montanans gossip about the places they would and wouldn't want to settle down. Back in 2019, the area's then-state representative Joel Krautter sponsored a bill that would have paid college grads to move to Sidney and other small Montana towns, offering grants of up to $15,000 to people who committed to living in participating communities for five years.

Krautter, who is a Sidney Young Professionals member, argued the incentives would help Sidney and similar towns bolster their talent pools in professions such as accounting and law. The proposal died in a budget committee.

Katie Dasinger, a summit organizer who in her day job works for Richland County's economic development office, chalks up much of the town's recruiting challenge to people simply not being familiar with its charms.

Dasinger says the educational aspect of the summit was designed to introduce attendees to those two industries. The itinerary included a tour of a local oil pad where excess natural gas is being used to power a bitcoin server farm, as well as a presentation on how the Lower Yellowstone Irrigation Project gives the area's sugar beet industry enough viable acreage to support a centralized processing plant. A talk on that plant, Sidney Sugars, noted that its customers include Smirnoff, a point driven home when conference organizers offered attendees a round of vodka shots.

Out west in Montana - anywhere west of Billings, that is - Sidney is probably best known as an oil town. It's been the Montana epicenter of the Bakken oil boom, the wave of oil extraction unlocked in the late 2000s by drilling innovations including hydraulic fracturing, or fracking.

For a few years, Montana newspapers were full of stories about the Bakken's gold-rush-style economy, man camps and boomtown crime. Richland County produced more than 20 million barrels of oil in 2006, according to Montana's Department of Natural Resources & Conservation - a resource then valued at roughly $1.1 billion.

More than a decade later, oil production in the county is down by about half from the peak of the boom. Even so, the spillover effects of oil wealth are palpable. The town sports several newer hotels and county buildings. While downtowns in smaller Montana cities are often gap-toothed with vacancies, Sidney's is full of vibrant storefronts. Its Central Avenue has not one but two breweries.

"There has been a lot of oil money coming in and out of here, and a lot of locals have re-invested in homes," says downtown business owner Heidy MacGrady,

MacGrady, a lifelong resident with a hand in several Sidney businesses, co-owns the boutique cookware shop, MiMi's Kitchen, with her husband and another couple. In addition to the wall of olive oil, the shelves are stocked with cast iron cookware and trendy cookbooks. A portion of the space is devoted to a large kitchen area furnished with marble countertops, where guest chefs teach cooking classes a few times a month. The shop also sells made-from-scratch lunch offerings. Pastries and quiche are available in a to-go case.

Another co-owner, Billie Hillesland, says the store provides an alternative community hangout in a town where the other options are diners or gas stations.

"We know it's different. It really doesn't fit for Sidney, but when people come they kind of flock to it," she says. "We have little old ladies that come every day for coffee, and they don't have to hang out with the old men."

The business has been open for about a year, MacGrady and Hillesland say, though they had to shut down for several months after a fire last fall. Both women say community support was essential in encouraging them to reopen after that setback.

On this Thursday afternoon, I'm sitting in MiMi's with a different sort of disaster on my mind. A breakout session held at the shop, a presentation on the financial dynamics of the energy industry, has been interrupted by a chorus of smartphone alerts notifying attendees that the National Weather Service has issued a local tornado warning.

A few minutes later, as storm clouds build over downtown, the city's emergency siren blares, prompting Dasinger, who has been outside moving a snack cooler, to sprint into the shelter of the shop. (Richland County's emergency services Facebook page eventually issues a notice that the siren was actually triggered by a grass fire. "If a tornado is spotted, the siren will stay steady for 3 to 5 minutes," the county clarified.)

Inside MiMi's, MacGrady reassures us that the concrete building is as safe a place as any to ride out the storm. Outside, rain and hail fall so hard that water accumulating on the street overflows onto the sidewalk.

As it turns out, a tornado does touch down outside town that afternoon, according to the Sidney Herald. Another violent thunderstorm rolls through later that night, interrupting a barn dance the conference had organized at the county fairgrounds and knocking out power to most of the city overnight. The storms ultimately toppled more than 800 power poles in Richland and surrounding counties, so many that Gov. Greg Gianforte later issued a disaster proclamation so local electric cooperatives could use federal disaster aid to help pay for repairs.

'It Doesn't Advertise Itself'

The week after the summit, I call Dasinger to ask whether she's satisfied with the way things turned out. She's upbeat.

"I thought it went well, minus the hundred-year storm that we had," she says.

The storm had forced conference organizers to cancel some of the events planned for the next day, including tours of agricultural operations run by people who instead needed to spend the day dealing with the aftermath. As the summit came to a close midday Friday, Dasinger and others asked around for volunteers to lend a hand as neighbors pitched in on cleanup efforts. I ended up briefly helping a local couple pick up the contents of a storage shed that had been demolished by a fallen tree.

"We truly have a community, and people are moving here and staying here for that community," Dasinger says later.

But I get the sense she's perhaps a bit disappointed about the relatively small number of people from western Montana who used the conference as an excuse to check out Sidney. Dasinger says the organizers spent the better part of two years advertising the event on social media and in newspapers across the state. 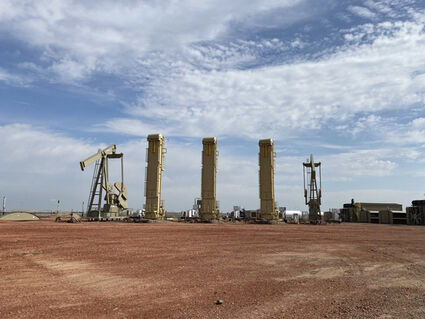 Even so, chatting with as many of the approximately 60 attendees as I could, I met only a handful of people who had traveled from as far west as Helena, Butte or Great Falls. I didn't bump into anyone from Kalispell or Missoula, though I did meet several North Dakotans.

Dasinger says she understands that drawing people to far eastern Montana is an uphill battle, since the region doesn't have built-in attractions like nearby national parks or the state Capitol building. Committing to a first visit is "a huge leap of faith," she acknowledges.

"People don't understand how vibrant and cool Sidney actually is, because it's so far and it doesn't advertise itself like Glacier does," she says. "They don't understand that if they come here they're going to have a good time."