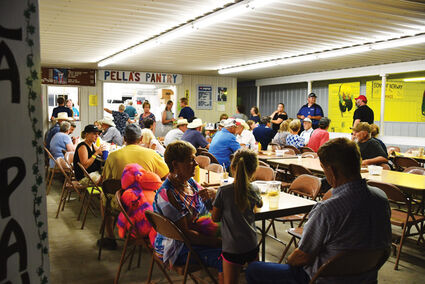 Several community organizations and clubs depend on the Richland County Fair to make a profit. Due to the cancellation of the fair last year, several organizations had to think of alternative ways to generate funding.

The Sidney High School Wrestlers heavily rely on the Sidney Wrestling Boosters food booth to generate funds for the team. The money raised through serving a wide variety of food is put towards travel expenses so that the wrestlers are able to attend tournaments throughout the year.

"This food booth is important to the team because the school only pays for part of the trips, so this fundraiser helps facilitate the costs of those trips throughout the season," said booster parent, Erin Graves.

Due to the cancellation of the fair and food booths last year, business in the community stepped up to help the wrestling team raise funds. The Depot, Pizza House, and Richland Pump and Supply did fundraisers within their stores and donated funds to the team.

"Not having the fair last year really affected us, but thankfully businesses in the community stepped up and helped the team out a lot," added Graves.

Graves is excited for the fair this year. She said "I'm excited to see the community come out and support us, help the wrestlers go to tournaments and travel. We have a lot of selections - come out and try what we have!"

The Pella Lutheran Church came up with an alternative way to generate funds for nonprofits - they made approximately 150 pies for the "food fair" at Reese & Ray's IGA in August 2020. That is 50% of the pies the Pella Pie Brigade typically makes for the Richland County Fair and Rodeo. The group sold whole pies; there were pre-sales and Mimi's Kitchen sold pie-by-the-slice" at their location.

"The pies that went to IGA sold out in 8 minutes," said Becky Reidle, coordinator of the food booth.

The proceeds raised from the 2020 Pella Pie Sale were divided equally between "Out of the Darkness", local chapter of a suicide prevention group, Richland Opportunities Inc. and towards Pella's debt reduction campaign - Set Free to Serve. 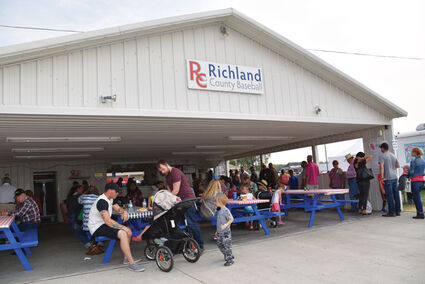 Lisa Gorder, parent of a 4-H member said, "4-H clubs rely heavily on the food booth to generate money for their clubs."

These groups are hopeful that the 2021 Richland County Fair will be buzzing with hungry attendees, ready to support the community groups behind these food booths.