Jeremy Norby Leaves A Lasting Impact On The Sidney Community 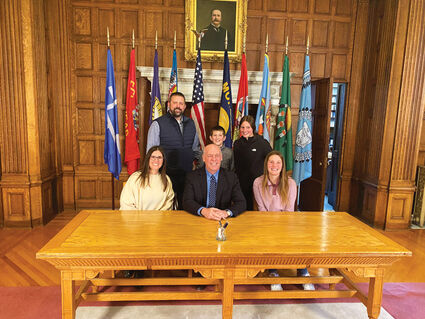 Jeremy and his family with Montana Governor after helping write a bill to increase death benefits for Montana workers compensation deaths. (Submitted photo)

Jeremy grew up on the Norby family farm north of Sidney, where he helped his family raise various crops. He attended K-12 in Sidney and played basketball throughout his high school career and went on to attend college at Montana State University in Bozeman and graduated with a degree in business marketing and finance.

Soon after that he married his wife Lorilee and together they have three children: Ella, Avé, and Beckett. Jeremy's kids were the center of his world; he made sure to attend every activity and game that they participated in; he volunteered at all of his kids' sporting events, whether he was coaching or MCing/announcing at the events.

"He was our kids' biggest cheerleader and encourager. He was always involved with their activities and wanted to make Sidney a place where his kids would want to come back and live; he thought that was the way to do it," said Lorilee Norby.

She explained that Jeremy was well known for his "booming voice" cheering everybody on at a game, especially at his kids' games. "You will never meet a bigger Sidney fan! When Jeremy watches sporting events, he is very noticeable because he is always loudly cheering everybody on; I have had a lot of kids tell me that they remember that and value that part about him."

Known for his active involvement and participation in community events; he was a member of the Sidney Kiwanis Club, held several officer positions for the Sidney Chamber of Commerce, a volunteer EMT, referee, farmer, member of his church, Title Agent at Seitz Insurance Agency, and wore several other hats in the community. 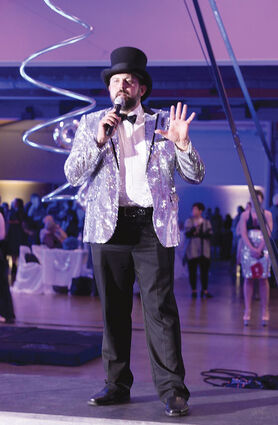 Jeremy speaking as the Master of Ceremonies for the Foundation for Community Care Wine and Food Fest. (Submitted photo)

"He was always a leader no matter what position he held; he would try to get people to work together to accomplish a goal," said Lorilee.

Although he has passed, his legacy and lasting imprint on the community will live on for many years to come. His family and friends hope to keep his memory alive with videos and pictures.

Lorilee added, "Any memories, articles, pictures, or videos you have, please share with us. We need to hear his name and speak his name so he can continue to be a part of our lives. We hope that people can reflect Jeremy's joy and friendliness out onto the world."