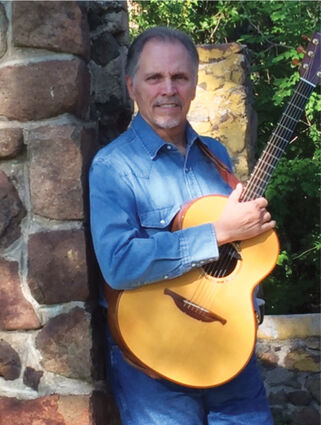 The Sidney-Richland County Library is pleased to welcome acclaimed Celtic guitarist and storyteller Jerry Barlow for a special concert. The program will be held Thursday, Sept. 23 at 6:30 p.m. at the library, 121 3rd Ave. NW, Sidney. The concert is sponsored by the library and is free to the community.

As a touring performer, Barlow travels throughout the Midwest, South and Rocky Mountain regions presenting his program of music, history, and humor from the British Isles. Before the closing of the border, Barlow spent several weeks in Cape Breton, NS, where he learned a smattering of Gaelic and marveled at the history of the Great Clans. He has included some Cape Breton-style step-dance music in his program!

Barlow's program features music and stories from a time when there were "Warriors, Wizards, Castles and Kings." The stories behind the music are historical in nature, embellished by local legend and lore. There will be ample opportunity for some toe-tapping, some sing-along and even some step-dancing if you are so inclined.

"In concert, Jerry brings traditional Celtic tunes alive by sharing the history, legend and humor behind the music. Jerry Barlow ... a performer who is skilled, funny, and riveting. Out of the many musicians performing, the vast majority is skilled either at performing on their instrument or entertaining an audience. It is extremely rare to see a musician at the top of his craft in both areas," says Scott Beach Colorado Celtic Entertainment director.

Barlow's newly released CD, "OF WARRIORS, WIZARDS, CASTLES AND KINGS", features music from his program as well as traditional favorites. His recording, FIELDS AND FENCES, was one of five finalists for the Instrumental Album of the Year Award by the Independent Music Awards. The Indie Acoustic Project selected BRING DOWN THE STORM as one of the best songs of 2006.

Music from Barlow's recordings can be heard on National Public Radio stations. He has been featured in FINGERSTYLE MAGAZINE and was profiled in CELTIC CONNECTION. He has performed for the Alliance Arts Council, Alliance, NE; High Plains Public Radio's Living Room Concert Series, Amarillo, TX and a multitude of libraries and arts centers along the way.