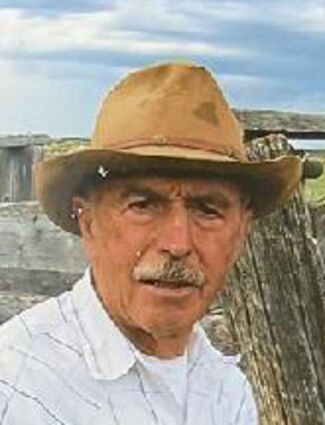 Mass of the Christian Burial for William “Bill” Struckman, 87 of Savage, MT is at 11:00 A.M., Thursday, October 28, 2021, at St. Matthew’s Catholic Church in Sidney with Father Jim O’Neil as presider. Visitation will be on Wednesday, October 27, 2021, from 10 AM to 6 PM at the funeral home and one hour before mass at the church. Fulkerson-Stevenson Funeral Home in Sidney is caring for the family. In lieu of flowers memorials may be made to: Foundation for Community Care Hospice/Home Health, Savage Ambulance, Savage Volunteer Fire Department, or a charity of one choice. Remembrances, condolences and pictures may be shared with the family at http://www.fulkersons.com.

William Bert “Bill” Struckman, 87, passed away peacefully in the comfort of his home on Friday, October 22, 2021, surrounded by his family.

Bill was born on August 18, 1934, to Ernest and Lillian (Piche) Struckman. He attended school through the 8th grade at Midway School then went on to Savage High School graduating in 1952.

After graduation Bill, Bud Peterson and Buford Rice decided to take a road trip and headed to Las Vegas, NV. He decided after this trip that he was not a traveler and didn’t want to leave the farm again unless it was to get on his horse “Sam” and go on a trail ride with his good friend, Roy Vallejo.

Bill married Eileen Huber and to this union they had Tim, Vickie, JoDee and Brenda.

On July 17, 1982, Bill married the love of his life and best friend, Carol Stanford, together they had Billy and Laura. From this marriage he gained step kids, Tony, Randy and Holly.

Bill grew up farming and ranching with his Dad, many people said they were a mirror imagine of each other and were always attached at the hip. He learned from his Dad that you could fix anything, whether it was “red neck” using duct tape, old inner tubes or an old belt it always seemed to work and many of these fixes can still be seen somewhere on the farm. Through the years, Bill has passed these traits down to his children and grandchildren.

Bill was a humble, quiet man with a strong work ethic. He was always tinkering around and building many things; some of his accomplishments were the many guns he made, a couple airplanes, and a hang glider (which resulted in a broken nose). He enjoyed playing cards, reading books, playing his harmonica and watching Western movies. Even when his memory started to fade, he could still name all the cast members of Gunsmoke.

Bill always looked forward to working with the cattle especially our annual brandings, he enjoyed having all the family and friends gather. Even though he wasn’t able to help he was still able to come out and enjoy his last branding this year. Rocky mountain oysters will never taste the same without him cooking them on the branding iron burner.

Bill loved his horses and even in his 80’s he still thought he could break a horse. We all thought Carol was going to have a heart attack every time he headed to the corrals. One day, Bill convinced Gage to lead him around once he finally thought he could get on Moonie, but to their surprise the horse wouldn’t move no matter what they did.

Bill was a man of few words but touched the lives of all that knew him. He will be missed by so many.