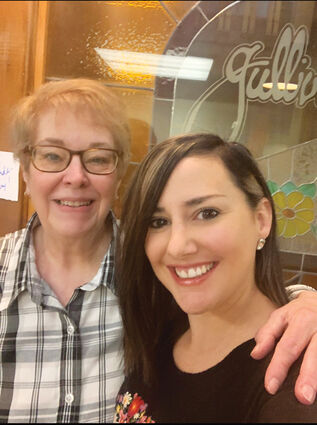 The restaurant has been in business for 40 years, with 27 of those years being under the ownership of Joan Nelson. She has been looking to sell the business and retire but continued to operate it because she did not want to see it close its doors.

As of Nov. 1, Katie Tringali, a Gulliver's employee, took ownership of the restaurant. Tringali has been with the business since 2012 and wanted to see it flourish instead of shutting down.

"Joan said she was retiring and was going to sell everything in the shop, and I told her I wanted to buy it. Now, I am just super excited to be a part of the community in this type of way," Tringali said.

Tringali explained that it was the perfect time, she was considering buying the business previously but said that it was never the right time for her as she started a family.

She said, "Joan is like family to me; the Gulliver crew is my family because all of my family is in Florida. Buying Gulliver's was definitely an easy decision for me."

Several people from the area have expressed to Tringali how glad they are that it is still open. "I have heard a lot of people say how glad they were that it didn't close and that this is Sidney's hidden gem. If this closed, there would have been something missing in Sidney."

Tringali is excited to continue serving a variety of meals to the community. She said, "I love customers and serving them delicious lunches."

Since Tringali took over the business, some things have changed but a lot of the local favorites have stayed the same. She has brought back wheat bread, pepper jack cheese, added jalapenos, low calorie flatbread, banana peppers, and a 'build your own salad' option. Caramel rolls are still made and served fresh every morning using Joan's original caramel roll recipe. She plans to expand the menu and do some renovating of the building. She said, "I hope to brighten it up and embrace that homey feeling Gulliver's has."

Gulliver's Restaurant will have a re-grand opening and ribbon cutting at the beginning of the year.