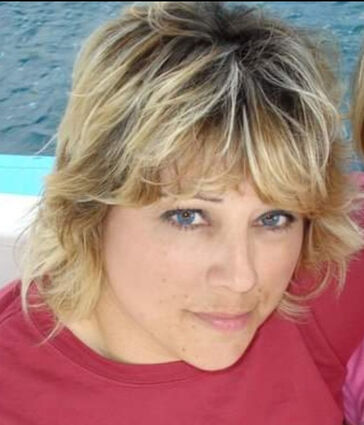 Funeral services for Annette Lyn Thiel, 51, of Sidney are at 2:00 P.M., Friday, December 10, 2021, at Fulkerson-Stevenson Memorial Chapel in Sidney with Pastor Dustin Morgan officiating. Remembrances, condolences and pictures may be shared with the family at http://www.fulkersons.com.

Annette was born Sept 19th 1970 to Ray & Betty Thiel in Sidney MT. She attended Liberty Christian School, graduating in 1988. She attended NDSU-Williston, later transferring to MSU-Billings where she studied Business Administration. From a young age Annette took on all aspects of her father's farming operations, she was his side kick & went everywhere with him. She worked right alongside her father & her brother (Kim), operating all the equipment necessary to get the job done. In May 1990 she Married Tim Partin and in February 1991 they welcomed a daughter, Cherise Partin. Even with a newborn at her side she continued to work on the farm and continue her education. In 1991 Annette planted her 1st crop of pumpkins (by hand) and from that point on her business/farming operations flourished. She started with 8 acres and grew her operation to 50 acres of pumpkins. She grew not only pumpkins, she also grew melons, squash, corn, sugar beets, wheat, watermelons and mini pumpkins, but she will always be known as the pumpkin lady. In 2002 she purchased the family farm from her father, Annette continued to farm the rest of her life. Annette's produce operation grew to cover a tri-state area. She delivered a majority of the produce herself and took pride in seeing the operations through to the end. Annette enjoyed the outdoors, especially fishing. She had a deep love for the land and a passion for farming. She especially loved fall and the colors that it brought on the farm. She was proud of her daughters' accomplishments throughout life but she was most proud of the arrival of her newborn granddaughter, Hailey. Annette enjoyed when her brother Kim and his family would come to the farm on the weekends. Everyone enjoyed camping, fishing, and bonfires. She was preceded in death by her beloved dog Bark Bark.

Annette was a kind soul who seen the good in everyone, she will be deeply missed.